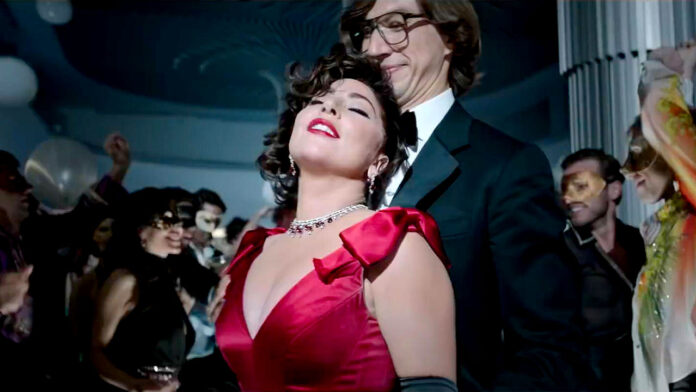 Following his recent medieval drama The Last Duel, Ridley Scott has another film set to make a major splash this awards season. But to look at the stylish, flashy House of Gucci you’d be hard-pressed to see that they came from the same director, even though both are centered on a violent crime of passion.

Lady Gaga and Adam Driver look especially fab as members of the Gucci fashion house, who live a life of extraordinary excess that can only lead to betrayal and murder. Gaga plays Patrizia Reggiani, who would later be convicted of orchestrating the murder of her ex-husband, Maurizio Gucci. Hey, the lady wanted more and she was willing to kill for it.

This looks like campy, high-class trash and I can’t wait for it, especially with a cast that includes Jared Leto, Jeremy Irons, Salma Hayek, Jack Huston, and Al Pacino. The costume and hairstyling budget on this thing probably surpasses most indie flicks.

House of Gucci opens in theaters on November 24th.

“House of Gucci” is inspired by the shocking true story of the family empire behind the Italian fashion house of Gucci. Spanning three decades of love, betrayal, decadence, revenge, and ultimately murder, we see what a name means, what it’s worth, and how far a family will go for control.