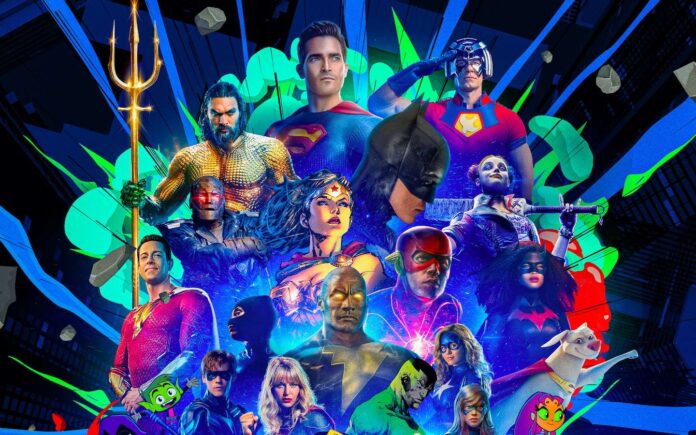 DC FanDome, the virtual comic-con specific to Warner Bros slate of IP related to DC Comics was created last year in response to SDCC being canceled (once again, thanks for ruining everything Covid!) is coming back for its second virtual convention.  With so many things DC-related on deck, it’s no surprise that they have a bunch to reveal at the upcoming convention later eleven days from now.

With such upcoming projects like Dwayne Johnson’s Back Adam,  Robert Pattinson’s introduction as the Caped Crusader in The Batman, Jason Momoa’s return as the king of the seas in Aquaman and the Lost Kingdom, Ezra Miller in the big-screen multiverse-spanning rendition of The Flash, and of course the twenty million CW shows within the “Arrowverse,” there’s plenty to showcase at this year’s DC FanDome.  DC Comics’ Twitter just posted a snippet of what’s to come at this year’s virtual con.

The ultimate DC fan experience awaits you. Join the all-star lineup at #DCFanDome on October 16 where even more will be revealed! https://t.co/tiyI0kvdEe pic.twitter.com/rMmOWT4Ssf

Given that massive lineup of cast members, we can expect to get some new news in regards to plenty of DC films and TV shows!  Fans can check out the DC FanDome website on October 16, 2021 for all details about their favorite DC big and small screen properties.  There’s bound to be some surprises!

John Cena’s ‘Peacemaker’ Has Some Fightin’ Words For Aquaman In New Clip, Trailer Coming This Week