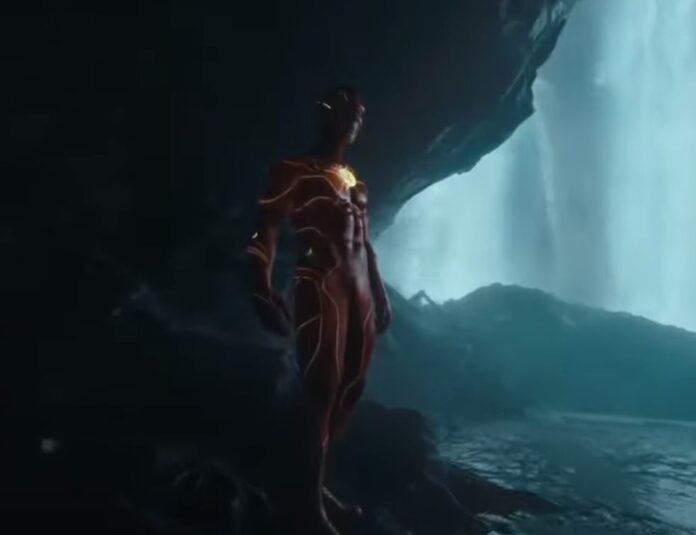 We’ve heard SO much about DC’s upcoming Flash movie starring Ezra Miller, appropriately titled The Flash. We know it’s going to be a take on the iconic Flashpoint Saga, we know that it will be pulling together actors from all timelines of DC film, but what we haven’t known is if we would actually get to see it. It’s been more of a sure thing since filming started but with all of the shakeups in the DCEU and this films troubled production nothing was certain. Well, now it appears to be.

This teaser, which was released as part of DC’s FandDome event, gives us all exactly what we wanted. Ironically, that was not Flash but rather Michael Keaton making a return as Batman from the 1989 film and it’s sequel. While we don’t get a straight shot at him here, the entire teaser is narrated via Bruce Wayne/Keaton voiceover and the iconic big eared Batman of days past is seen in silhouette. They really hammer home the “Teaser” of it all by having the teaser close with Miller’s Barry Allen ripping the dust cover off of what appears to be the ’89 Batmobile, only to cut before we see anything.

Check it out below and look for all of our DC FanDome coverage right here!