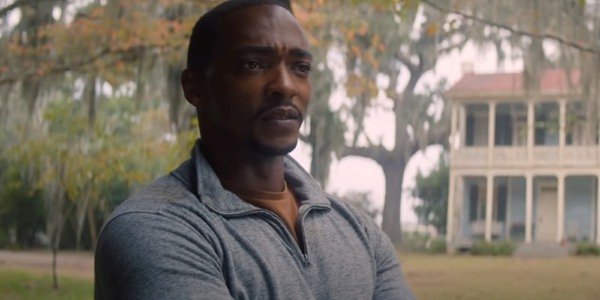 As the new Captain America, Anthony Mackie can expect all of his Marvel projects to be engulfed in heroic violence. Not so much his next one, though, where he’ll face wanton vehicular destruction on a massive scale. That’s because he’s just agreed to play John Doe in Sony’s Twisted Metal series, based on the hit action video game series.

Twisted Metal comes from the equally-twisted minds of Deadpool writers Rhett Reese and Paul Wernick. The classic games followed a bunch of colorful freaks offered their heart’s desire if they can win an insane demolition derby where any weapon is legal. Michael Jonathan Smith will write the series episodes.

Mackie will play John Doe, a motor-mouthed outsider who is given the chance at a better life, but only if he can survive the delivery of a package across a post-apocalyptic wasteland. He’ll have to get past a whole host of psychos out to destroy him, including the game franchise’s most popular character, Sweet Tooth, an evil clown in an ice cream truck. No word on who will be playing him, or when the show will hit networks. It’s another potentially huge series for Mackie following Falcon and the Winter Soldier. [Variety]