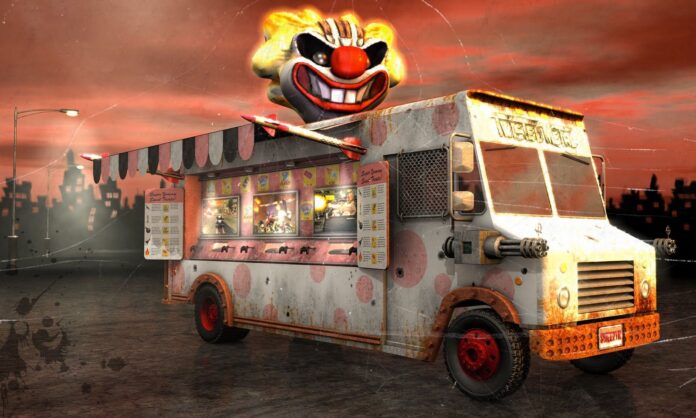 If you owned a Playstation in the ’90s I guarantee you played at least one of the Twisted Metal video games, and probably loved that shit. Basically a demolition derby of souped-up, heavily-armed vehicles driven by colorful racers like the mad clown/ice cream truck man Sweet Tooth, it doesn’t have the kind of story one would think is perfect for a television series. Well, Sony and PlayStation Productions disagree.

Variety reports a Twisted Metal TV series is in the works, and like the game it will follow massive vehicular destruction on an insane level, but centers on a motor-mouthed outsider who is given the chance at a better life, but only if he can survive the delivery of a package across a post-apocalyptic wasteland. Of course, he’ll face marauders driving twisted vehicles ready to destroy him.

The series is described as an action-comedy, right in the wheelhouse of exec-producers Rhett Reese and Paul Wernick, the writers behind Deadpool. They came up with the idea themselves, but the show will actually be written and produced by Cobra Kai veteran, Michael Jonathan Smith.

I guess if you can make a decently-successful bunch of Death Race movies you can do the same with Twisted Metal. With Reese and Wernick behind this we can expect it to at least be a lot of fun, but as with all video game adaptation it’s usually best to keep expectations modest.