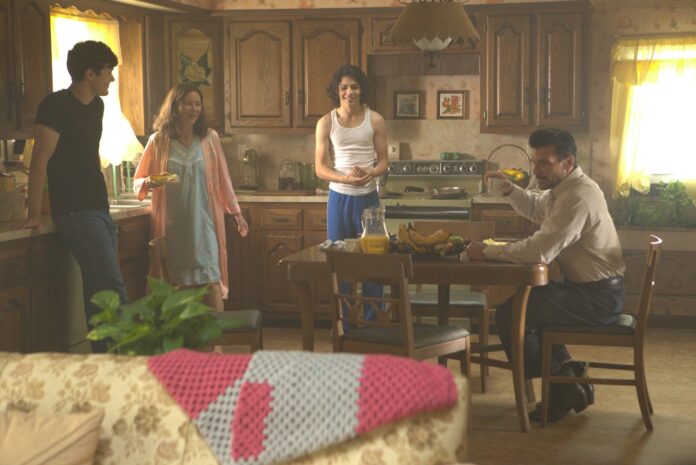 Check out the new trailer for coming-of-age film This is the Night and you might have a hard time believing it’s from director James DeMonaco. Why? Because DeMonaco is the mastermind behind The Purge franchise, the highly successful political thrillers that were just confirmed for a sixth movie. Other than the presence of The Purge Anarchy and The Purge: Election Year actor Frank Grillo, this looks nothing like we’ve seen from DeMonaco, and that makes it all the more intriguing.

Starring Grillo, Naomi Watts, and Bobby Cannavale as the biggest attached names, This is the Night is set in 1982 Staten Island as an Italian-American family deals with numerous hardships and challenges. But it’s also clear that cinema plays a big role in this story, as well, in particular, the debut of Rocky III that year.

“I conceived this film as a love-letter to cinema. This is the Night is a passion project I’ve been waiting to make. A story based in my hometown of Staten Island, the film serves as a PSA: Movies bring us–people, families–together. There’s no time like the present to celebrate movies and how they inspire us,” said James DeMonaco.

Also starring Lucius Hoyos (Heroes Reborn), Jonah Hauer-King (Little Women), River Alexander (The Way Way Back), and Chase Vacnin (Drama Club), This is the Night opens in theaters for one week beginning tomorrow, September 17th. It will be available to rent on digital beginning September 21st.