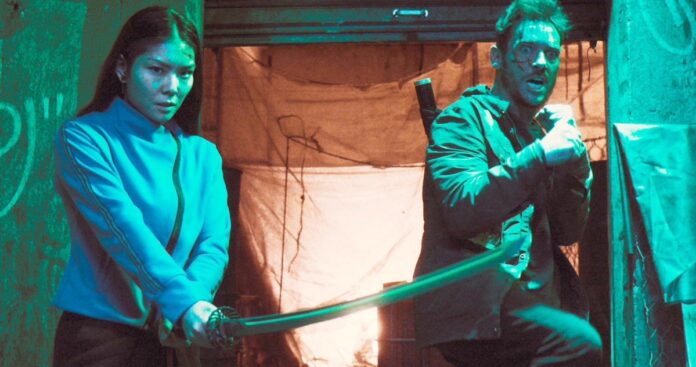 In the heart of Sao Paulo, Brazil lies one of the largest Japanese communities in the world. This community is where Akemi (MASUMI) has been raised. Orphaned and dreaming of heading to Japan, she spends her time training with her sensei in Yakuza Princess. Akemi only has glimpses of her past. Pictures of her grandpa, his old patch, and a story that her family was killed in a robbery gone wrong. Little does she know that she is the heiress to half of the Yakuza crime syndicate. When Akemi was a child, a rival Oyabun betrayed her father. He arranged for Akemi’s entire family to be killed so he could take power. 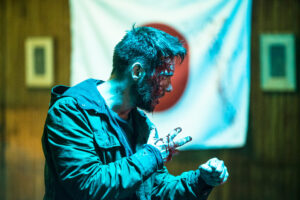 Akemi somehow survived and was taken to Brazil to train in secret. Her entire world is about to be flipped turned upside down when Oyabun receives word that the heiress is alive. He sends Takeshi (Tsuyoshi Ihara) to finish the job. Takeshi once worked for Akemi’s father, but betrayed his memory and is now working for his old enemy. Luckily for Akemi, Shiro (Jonathan Rhys Meyers) happens to wake up in a hospital nearby with no memories. Shiro has an ancient katana which leads him to Akemi, changing both their lives. 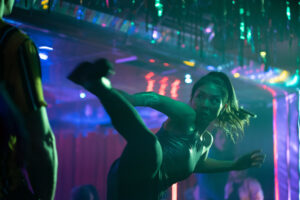 Yakuza Princess is based off the graphic novel Samurai Shirô by Danilo Beyruth. Director Vicente Amorim also helped write the film alongside Kimi Lee, Tubaldini Shelling, and Fernando Taste. The writing team, paired with Gustavo Hadba’s cinematography, were successfully able to capture the feel of a graphic novel. They employed quick cuts and off centered angles, tilting and shaking the camera, to keep us unbalanced. Blood splatter galore paired with over-the-top fighting bathed in bright neon lights transport us into the pages. The music choices were commendable. From ominous and cagy to capturing Japanese culture, past and present, the score complimented the film perfectly. 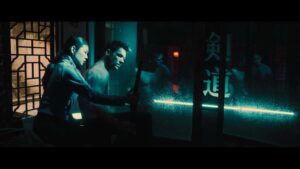 The characters in Yakuza Princess are relatively one dimensional and as the film progresses, more cookie cutter enemies are introduced. Yakuza Princess gets muddled down with conflicting motivations and twists that are far from jaw dropping. The actions scenes are fairly enjoyable, but don’t reinvent the wheel. In-between the flurry of action the film drags with no substance. The lack of character development distances the audience from truly investing in the main players. The Brazilian setting afforded the opportunity to make Yakuza Princess unique, but Amorim and team barely touch upon the notion. The entire brain trust behind Yakuza Princess is Brazilian and not exploring that aspect further is a noticeable detriment to the film. Yakuza Princess starts with a bang and ends with one but is too convoluted and generic to set itself apart.

Review: ‘Edge of the World’