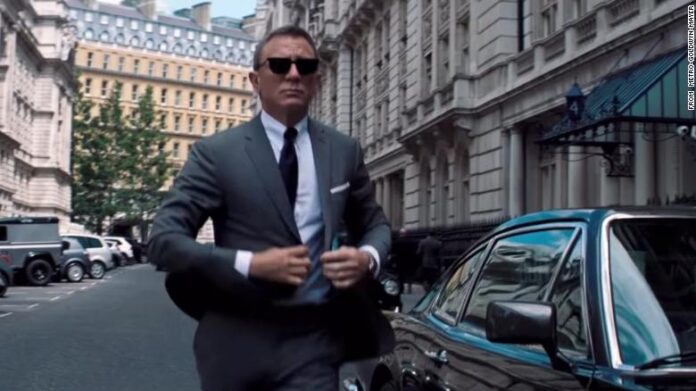 And here we are. After almost two years of waiting for it, the title No Time to Die became something of a joke. But Daniel Craig’s swansong, after playing 007 through fifteen years and five movies of sporadic quality, has arrived with arguably the greatest ambitions the franchise has ever seen. With Cary Jojo Fukunaga behind the camera, a female co-writer in Phoebe Waller-Bridge penning a bevy of female actors including one 007, and a Best Actor winner in Rami Malek as the villain, expectations were so high it wouldn’t be a surprise if they failed to be met.

And yet, No Time to Die exceeds all expectations. For me, someone who has never been a big James Bond dude (that was my Dad, he loved everything Bond), what I’ve always wanted was a storyline that truly hit the super-spy where it hurts. Movies, where some ridiculously over-the-top villain plots to destroy the world or kill millions, are boring and passe; I wanted to see Bond attacked on a personal level. If there’s anything that can be taken from the Craig era it’s the achievement of humanizing Bond, by giving him people to care for. Not just women to conquer and rescue, but to truly love. That makes all of his world-saving escapades mean so much more.

No Time to Die is the apex of what has been built ever since 2006’s Casino Royale, and picked up again as Skyfall attempted to recalibrate things after Quantum of Solace‘s failure.  James Bond, the ultimate bachelor and womanizer, has settled down into retirement bliss with his love, Madeleine Swann (Lea Seydoux). This kind of happiness we’ve never seen from him before, but of course with these two, there are secrets and trust issues. That comes to a head when Bond’s attempt to reconcile the past is used to bait him into a SPECTRE trap. Unable to look beyond who Madeleine used to be, he breaks things off with her and goes off on his own. It should be said, this may sound like a lot of relationship turmoil, and it is, but it’s also an absolutely mind-bogglingly cool chase sequence throughout Italy with Bond racing motorcycles, breaking out a tricked out car, and even scrapping hand-to-hand when needed. That he’s also coping with a broken heart makes it mean so much more.

And this is just the damn prologue. Five years later, Bond is dragged back into the world-saving business by his pal Felix Leiter (Jeffrey Wright). There’s a deadly virus out there, a mad scientist, and some inter-agency shenanigans going on that MI6 is up to their neck in. This brings Bond barrel-to-barrel with the new 007, Nomi (Lashana Lynch), and a deadly new villain in Safin (Malek), who has plans that are both global and shockingly intimate.

While most of the basic plot and the casting was laid out before Waller-Bridge joined the writing team, her fingerprints are all over this screenplay. No Time to Die can be breezy fun in the way spy movies used to be, with corny quips and cool gadgets all over the place. But her influence is seen most in the female characters. Craig recently said that he wanted to see better roles for women in the Bond franchise, and No Time to Die is a terrific example of the impact that can have. Nomi is strong, capable, light on her feet and quick with a snarky comment. She’s also not going to take any shit from the old guard, either, engaging in a game of espionage oneupmanship with her immediate predecessor.  Another standout role belongs to Ana de Armas as Paloma. While some will be disappointed the Knives Out beauty’s part is so small, she makes a lasting impression as a fresh-faced, instantly likable agent who helps Bond out of a jam. And then there’s Seydoux, whose Madeline Swann finally has the passionate chemistry with Bond that had been missing. Not only that, but she brings something to the franchise that is sure to have people talking long after Craig’s replacement has been found.

The rest of the cast are back in their familiar roles, some with more to do than others. Ralph Fiennes returns as M, whose decision-making is thrown into serious question. Look close for a couple of nice nods to previous Ms, Judi Dench and Robert Brown. Naomie Harris is back as Moneypenny, and there’s a really nice moment where she and Nomi flank Bond, showing just how far things have come. And I really like Ben Whishaw’s Q this time around, as he’s made more relatable and personable, while also still quite a tech dork. I could have used more from Malek as the villain, but the part feels somewhat underwritten. For much of the film he and Bond don’t get enough of a chance to build up animosity before they are thrown into a climactic showdown.

Most important of all, Craig is really fired up for his final go. Not only does he look absolutely jacked, but he seems energized for the gamut of emotions he gets to bring this time around. This is not icy cool 007, shooting his way through every problem. There are legit stakes and he has to play this one with his heart as much as his trigger finger. I believe this is the best he’s ever done as Bond, along with No Time to Die possibly the best film of the Craig era. If there’s another complaint, and it’s extremely minor, it’s the 165-minute runtime. While the pace never lags and there’s never a moment when you could get bored, it’s just a lot of movie with a ton going on and it’s exhausting. The climax, backed by a Hans Zimmer score that hits you right in the chest, is such an emotional roller coaster. No Time to Die may have taken forever to get here, but the wait was more than worth it. Whoever steps in next has enormous shoes to fill.