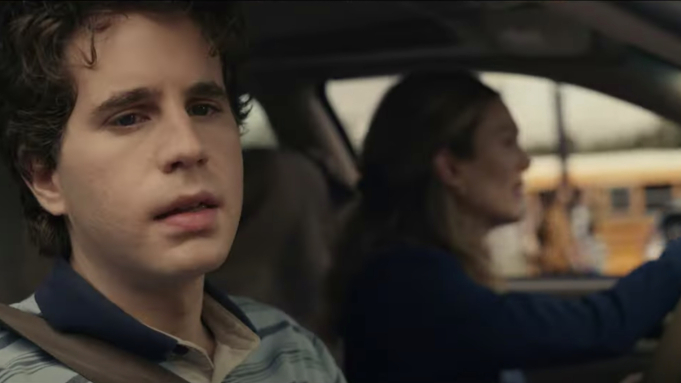 Cancel culture works fast these days. Properties that were once considered beacons of art a few years ago are now being questioned for their representations and motives. One such project is the film adaptation of the hit Broadway musical Dear Evan Hansen. Critics and audiences have questioned whether or not this material has aged well.

The film was directed by Perks of Being a Wallflower director Stephen Chbosky and written by Steven Levinson, based on Levinson’s musical with Benj Pasek and Justin Paul (The Greatest Showman, La La Land). Starring Ben Platt as the titular role he played on stage, Dear Evan Hansen tells the morally complicated story of a depressed teenager, Connor, with an anxiety disorder that interacts with another mentally ill student before he dies by suicide. Pulled in by Connor’s parents’ (Amy Adams and Danny Pino) search for answers, Evan’s need to people please eventually snowballs into a lie he can’t let go of.

The musical’s message of mental health awareness is overshadowed by the pure sociopathic nature of Evan’s actions. Sure, not all lead characters have to be kind, wonderful people but the director shouldn’t paint them as a hero. Very rarely does Chbosky show us more of Evan’s motivations than what Platt is giving us.

You can see Ben Platt cares very deeply about this character. He originated the role on Broadway and won a Tony for it. Whether or not he is the right age to play the character anymore has been highly discussed. His makeup and Chbosky’s lighting make Platt appear more puppet-like than a high school student.

The supporting characters are not in the film long enough individually to counter the convoluted emotionality of Evan’s character. Adams and Pino have easy and relatable chemistry to them. Julianne Moore, who plays Evan’s hard-working mother, plays a character we’ve seen from her. However, Amandla Stenberg and Kaitlyn Dever’s touching performances give the film some redeemability that you forget how problematic it is to see a kid socially profiting off of another kid’s suicide because he felt the same way.

Pasek and Paul’s music is more meaningful as individual songs rather than accompanied with scenes in between. However, after a string of ballads with a similar melodic structure, all the songs start to sound the same by the end.

The opening monologue is reminiscent of one of Kayla’s YouTube speeches in Bo Burnham’s Eighth Grade. In fact, the entire film feels reductive. Chbosky already really told a similar story in his novel and subsequent film Perks of Being a Wallflower. His direction feels phoned in at some points, with blatant continuity errors still in the final cut.

Chbosky and Platt try so hard to make their audience feel something. However, its hard to walk away from Dear Evan Hansen and not feel depressed over its troubling message.