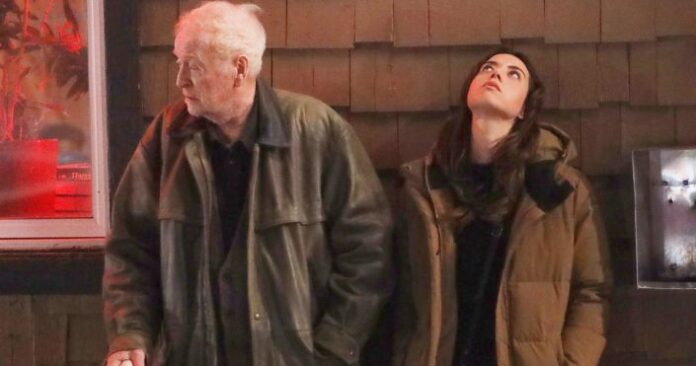 Best Sellers gives us a chance to see if Sir Michael Caine and Aubrey Plaza can be the next big comedy duo. This dramedy centers around Lucy Stanbridge (Plaza), who has inherited Stanbridge publishing from her father. The once renown publishing house is experiencing a rough patch. It isn’t a coincidence that this dip in quality has coincided with Lucy’s reign over the company. Lucy is feeling the pressure from all sides. On one hand she has critics questioning her ability to lead and the company’s future. On the other she has Jack Sinclair (Scott Speedman), an ex-lover trying to buy the company out from her. Lucy is desperate and needs a book to hit. 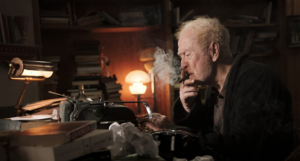 In comes Harris Shaw (Caine). Decades earlier Harris put Stanbridge publishing on the map with his hit novel Atomic Autumn. Lucy and her assistant Rachel (Ellen Wong) realize that Harris contractually owes the publisher another book. Shaw is an alcoholic recluse now, who seem to hate everyone and everything – except his cat Hemmy. The retired author still has a mortgage to pay, so the possible financial gain from a hit book is too enticing. Of course, there is a strange stipulation in the contract that they can either edit the book, or Shaw has to go on a book tour to promote it. There is no way in hell that Harris is letting trust fund hands anywhere near his book, so the book tour it is. With both Harris and Lucy out of options, they need to somehow make this book a hit. 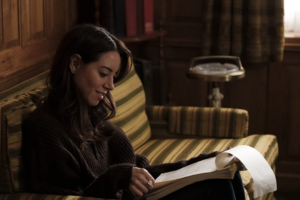 Best Sellers is the feature length debut for both director Lina Roessler and writer Anthony Grieco. Grieco’s script has a good balance of drama and comedy. The script has numerous clever moments that are hilarious, but subtle. Roessler and Grieco make sure to pull at the heartstrings as the film progresses. Music plays a big part in the film and even inserts itself into the humor with perfect comedic timing. The pacing is solid throughout and the film does not drag. Best Sellers is wildly predictable. Pretty much everything one can expect from a tearjerker dramedy unfolds. However, that doesn’t mean that the film isn’t enjoyable. 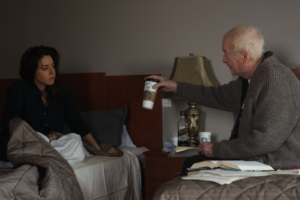 Caine and Plaza’s chemistry is what pushes the film forward. The two play well off of each other. Caine, especially, is fantastic as always. He manages to make the audience truly care for Harris and his struggles. Just like all the millennials at the dive bars throughout the book tour, we sit and wait for the next set of crazy antics. Caine genuinely looked like he had a blast making the film, and that translates into the character. Plaza turns in a solid performance of her own, although Caine steals the show. Plaza proves again she can handle more than comedies with Best Sellers giving her an opportunity to show her range. Best Sellers is certainly worth a watch. The performances, warmth, and humor all mesh to make an entertaining date night film.

Best Sellers will be released in theaters and on-demand Friday, September 17th.

‘Emily The Criminal’ Trailer: Aubrey Plaza Breaks Bad To Get Out Of Debt