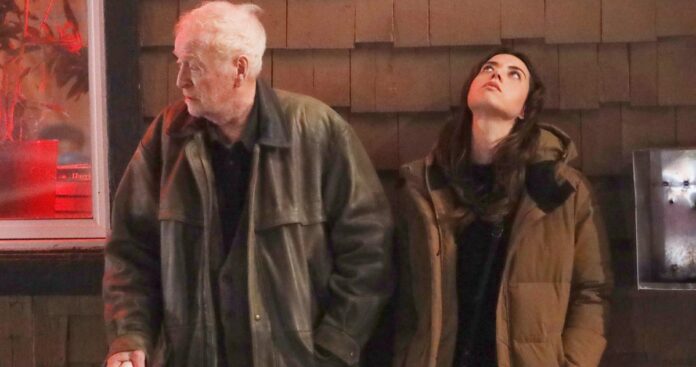 As the book industry has changed, so too has movies about the professions. Thankfully, we’re no longer as awash in films about the aspiring writer struggling with a first or second novel, or the reclusive author locked away in their den. Today, books are all about the sell sell sell! You have to be a celebrity and put yourself out there, and not every author is  cracked up for that sort of thing. Such is the deal in Best Sellers, which pairs up the unlikely duo of Aubrey Plaza and the great Michael Caine.

The film from debuting director Lina Roessler stars Plaza as an editor who has inherited a publishing house from her deceased father. To help boost sales, she drags a cantankerous author out of hiding and on a book tour, which goes disastrously wrong but also has the potential to make some big money and change their lives for the better.

Also in the cast are Ellen Wong, Scott Speedman, and Cary Elwes.

Best Sellers opens in theaters and VOD on September 17th.

Lucy Standbridge (Aubrey Plaza) has inherited her father’s publishing house, and the ambitious would-be editor has nearly sunk it with failing titles. She discovers she is owed a book by Harris Shaw (Michael Caine), a reclusive, cantankerous, booze-addled author who originally put the company on the map decades earlier. In a last-ditch effort to save the company, Lucy and Harris release his new book and embark on a book tour from hell that changes them both in ways they didn’t expect.