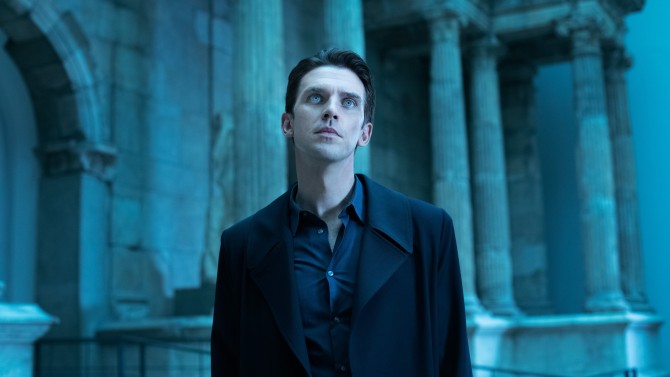 There doesn’t seem to be a thing Dan Stevens can’t do. Speaker of multiple languages and a talented actor, it only made sense for the former Downton Abbey star to join the cast of Maria Schrader’s I’m Your Man.

In the realistic/sci-fi/romance, Stevens plays Tom, a robot designed to be the perfect match for Alma (Maren Eggert). As a single anthropologist, she is not actually looking for a partner but evaluating whether or not AIs like Tom should be granted human rights.

The part is right up Stevens alley, who is known to take more obscure and quirky projects. I had the chance to interview Stevens about what drew him to Tom, shooting a German film, and which iconic robots inspired his performance.

Watch our interview below. Catch I’m Your Man in select theaters Sept. 24th.