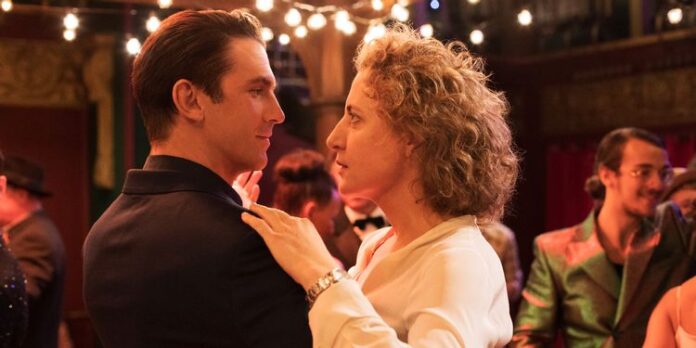 Good luck trying to figure out where Dan Stevens will pop up next. The former Downton Abbey and Legion actor has take on one unique challenge after another, and now with I’m Your Man he stars in a German sci-fi romance about a robot and his human lover. So yeah.

Stevens stars alongside Maren Eggert (Das Experiment) in the story of Alma, a scientist who takes part in an experiment sharing her life with a robot tailored to meet her every desire. Alma is against the idea at first, only choosing to take part to help fund her research, but then she begins to connect emotionally with the android.

The film was directed by Maria Schrader (Unorthodox) and premiered in Berlin earlier this year to really strong reviews. Bleecker Street will release I’m Your Man into theaters on September 24th.

In order to obtain funds for her research, Alma (Maren Eggert) is persuaded to participate in an extraordinary study. For three weeks, she is required to live with Tom (Dan Stevens), a humanoid robot designed to be the perfect life partner for her, tailored to her character and needs. I’M YOUR MAN is a playful romance about relationships, love, and what it means to be human in the modern age.