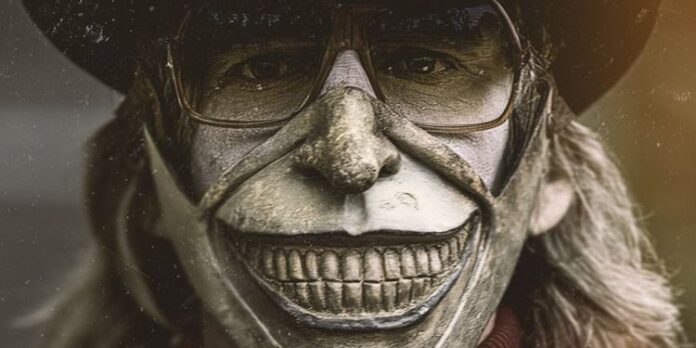 No, I’m serious. That’s the same guy from Before Sunrise and First Reformed, underneath that terrifying white paint and mask. The image is from the first poster for The Black Phone, which recently made its debut at Fantastic Fest.

The Black Phone is also a reunion between Hawke and Sinister director Scott Derrickson. This is Derrickson’s first film since directing Doctor Strange in 2016, then backing out of its sequel.

Based on a short story by Joe Hill, The Black Phone is set in 1970s Colorado and stars Hawke as a kidnapper and serial killer with his sights set on Finney Shaw (Mason Thames) as his sixth victim. While Finny is trapped inside of a soundproof basement, he discovers a disconnected phone that transmits the voices of the killer’s previous victims, who try to help him escape. The film also stars Jeremy Davies, James Ransone, and Madeleine McGraw.

Universal plans to release The Black Phone in theaters on January 28th 2022.