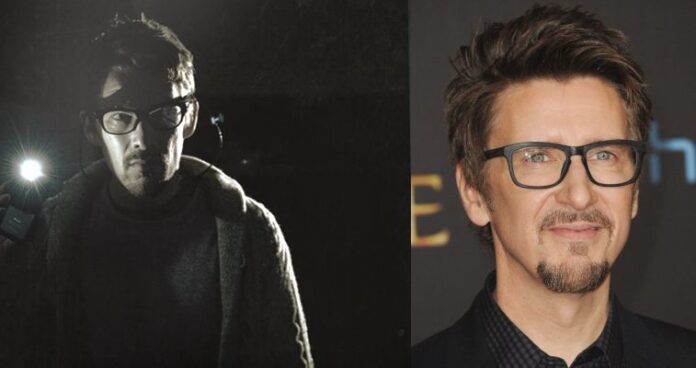 Two things. First, isn’t Ethan Hawke’s stardom odd? Like the guy has been a movie star for 30 years but for the life of me I can’t figure out why. Not that he’s untalented, he’s great, it’s more that nothing pops out when he’s onscreen like you’d expect from someone with that kind of career longevity. Second, Sinister, the horror film starring Hawke and directed by Scott Derrickson, was absolutely terrifying in the most surprising way.

With that said, we have good news today as Blumhouse is reuniting the two in the upcoming film The Black Phone which, based on it’s synopsis alone, sounds horrifying and right up their alley. Here’s the rundown:

“A kidnapped kid who finds himself in a soundproof basement surrounded by the remains of other victims. When night falls, the antique — and disconnected — telephone in the room begins to ring with the calls from the dead.”

While it’s not official The Hollywood Reporter as released info pointing to Ethan Hawke playing the kidnapper, which fits. He always looks like he’s one wrong coffee order away from going mental so that should play into his performance well. The film is based off of a short story by Joe Hill (Horns, NOS4A2) or as he’s more commonly known as, Stephen King’s son, so there’s some credibility to this being a winner. Joining Hawke in the movie will be Mason Thames, Madeleine McGraw, and Jeremy Davies. No release date has been set, but with COVID still ongoing and casting just now being released I would bet on a Fall 2022 premier.