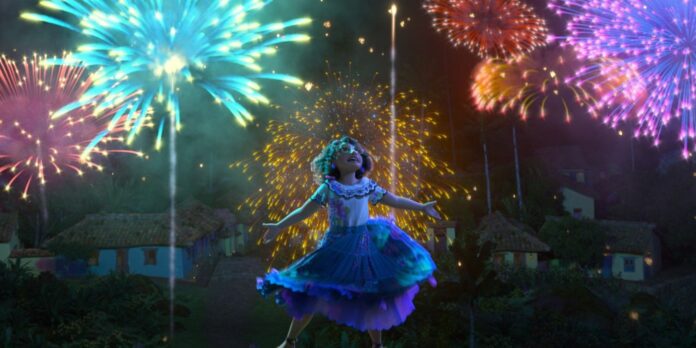 As seen throughout the Disney animated lineup, there’s a real effort to diversify and explore different cultures. Such is the case with Encanto, which follows a Colombian family who each carries the gift of magic. Well, all except one.

In Encanto, we see the story of the Madrigal family, who each are each bestowed with magical abilities. That is except for Mirabel (Stephanie Beatriz), who is seemingly ordinary until her home is threatened and then she becomes the only one who can save the day.

The biggest attraction for Encanto is the new songs written by Lin-Manuel Miranda, continuing his close working relationship with Disney since Moana, Mary Poppins Returns, and Hamilton.

Walt Disney Animation Studios’ upcoming feature film “Encanto” tells the tale of the Madrigals, an extraordinary family who live in a wondrous, charmed place called an Encanto. Each child has been blessed with a magic gift unique to them—each child except Mirabel. But when the family’s home is threatened, Mirabel may be their only hope.