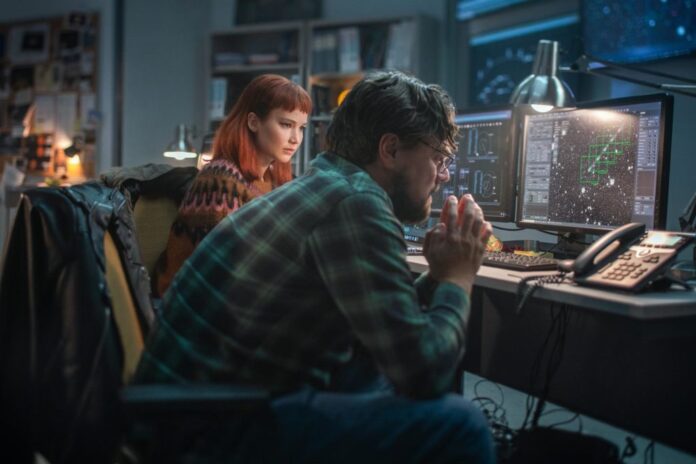 Adam McKay is far from the guy who makes silly Anchorman movies. Ever since The Other Guys, he’s used comedy to also be topical and tackle real-world issues, as he did with The Big Short, Vice, and now Netflix’s Don’t Look Up. And like all of his previous films, McKay has gathered an incredibly star-studded ensemble, this one led by Leonardo DiCaprio and Jennifer Lawrence.

Lawrence stars as Kate Dibiasky, an astronomer who along with DiCaprio’s Dr. Randall Mindy and Rob Morgan as Dr. Clayton Oglethorpe, hit the road to warn Earth about a crashing comet that spells global disaster. The message being sent is one that should be especially meaningful right now as we deal with the refusal of millions to listen to scientists about the pandemic.

For good reason, Netflix is making this one of their major fall releases. Don’t Look Up will hit theaters on December 10th before streaming on December 24th.