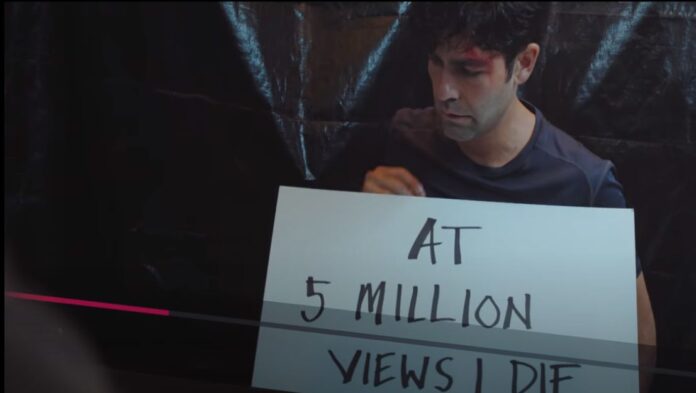 Netflix’s upcoming series Clickbait may seem like an episode of Black Mirror at first glance, but the truth is actually much more relatable and because of that infinitely more scary. Let’s start with the tagline:

A collection of stories that show how people’s uncontrolled impulses are fueled in the age of social media.

Regardless of what side of any argument you fall on the one thing we can all agree on is that we’ve become entirely too reactionary thanks to the uncontrollable barrage of misleading headlines, social media, and…well, Clickbait. That is where this show dials in and digs, uncovering raw nerve and, hopefully, making some of us give a little more thought to how we interact with the world in our day to day lives. 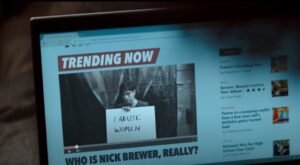 While Clickbait is listed as a series, the trailer we have today only features one story, Nick Brewers. Nick is nowhere to be found until a video shows up on the internet showing Nick, obviously having been abducted, and holding a sign that says “At 5 Million Views, I Die”. That right there is enough to pull me in because the sad truth is that the knowledge of impending death wouldn’t be enough to stop anonymous sociopaths from tuning in just so they could feel like they were a part of what was going on. Unfortunately for Nick, that’s not where it stops. Soon he’s holding more signs that seem to uncover his dark secrets including the abuse of women. The world surrounding Nick’s wife and son begin to unravel as now, not only is there husband/father in mortal danger, but he’s also going from victim, to victimizer in the eyes of the public.

While there’s no indication of how things turn out for Nick, I can tell you that I’ll be watching this with anxiety medication at the ready. Part of me feels this may just be too real to enjoy knowing how much of our daily lives are influenced by unfounded reactions to the latest hot take. Hey! At least Vinnie Chase is back on TV!