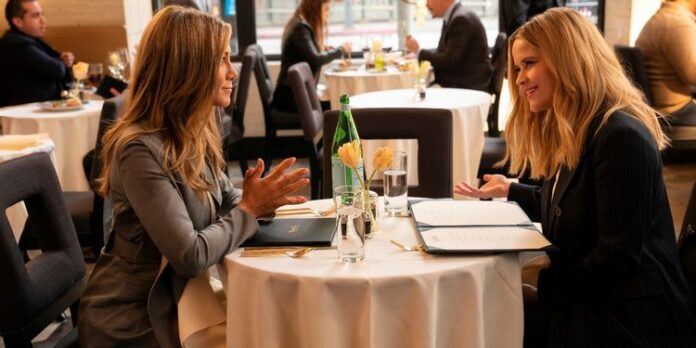 A #MeToo scandal ripped apart the UBA news station in the first season of Apple TV+ series The Morning Show. When all was said and done, a coworker committed suicide, the station was found to be protecting the abuser, and the network’s top anchors, Alex Levy and Bradley Jackson (Jennifer Aniston and Reese Witherspoon) responsible for exposing the truth. So what lies for the duo in season two?

In the second season, we see that Alex has left her co-anchor position, only to be begged to return by network executive Cory (Billy Crudup). Julianne Margulies joins the cast as a new host, while Mark Duplass, Steve Carell, Karen Pittman, Nestor Carbonell, Bel Powley, Desean Terry, and Janina Gavankar all return. It looks like this season will again tackle a real-world hot button issue, this time the COVID-19 epidemic and how networks have covered it.