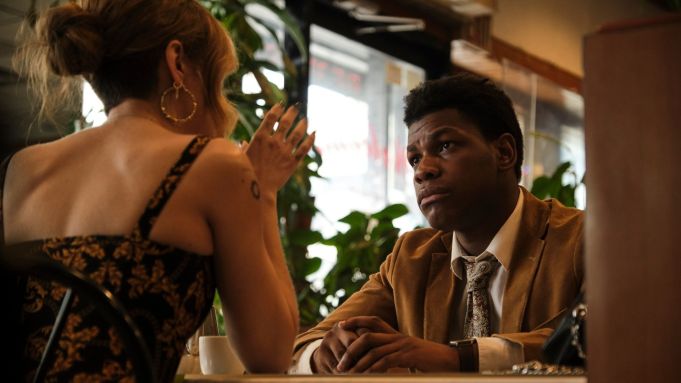 His Star Wars days long behind him, John Boyega has since reverted to the smaller movies that launched his career, such as Imperial Dreams and the recent Small Axe. Later this summer he’ll star in Naked Singularity, which may sound like it belongs in a sci-fi franchise, but is actually a legal thriller with an intriguing heist aspect.

Directed and co-written by Chase Palmer (co-writer on It: Chapter One), the story follows an idealistic public defender who joins with a former client to pull off a high-stakes heist in order to stick it to the broken legal system.

Joining Boyega in the cast is an impressive lineup that includes Olivia Cooke, Bill Skarsgård, Ed Skrein, Linda Lavin, and Tim Blake Nelson.  I bet if you hadn’t heard of this movie before it’s now got your attention.

The film is based on the novel by author Sergio De La Pava, a former D.A. and current public defender who knows the injustices in the courtroom every day.

Naked Singularity tells the story of Casi (John Boyega), a promising young NYC public defender whose idealism is beginning to crack under the daily injustices of the very justice system he’s trying to make right. Doubting all he has worked for and seeing signs of the universe collapsing all around him, he is pulled into a dangerous high-stakes drug heist by an unpredictable former client (Olivia Cooke) to beat the broken system at its own game.