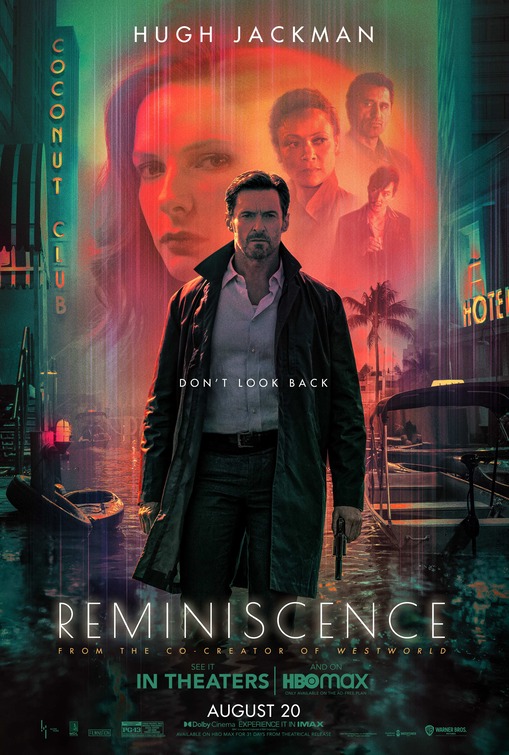 We’re happy to offer our readers the chance to win a pair of Fandango passes to see the new science-fiction film Reminiscence, starring Hugh Jackman, Rebecca Ferguson, and Thandiwe Newton! The film is written and directed by Westworld co-creator, Lisa Joy.

SYNOPSIS: Nick Bannister (Jackman), a private investigator of the mind, navigates the darkly alluring world of the past by helping his clients access lost memories. Living on the fringes of the sunken Miami coast, his life is forever changed when he takes on a new client, Mae (Ferguson). A simple matter of lost and found becomes a dangerous obsession. As Bannister fights to find the truth about Mae’s disappearance, he uncovers a violent conspiracy, and must ultimately answer the question: how far would you go to hold on to the ones you love?

These passes are good for you and one guest to see the film at the theater of your choice. To enter, simply send an email to [email protected] with your full name and favorite Hugh Jackman film where he isn’t playing Wolverine! Winners will be selected tomorrow, August 20th, and notified by email. Good luck!

Reminiscence opens in theaters and HBO Max on August 20th.