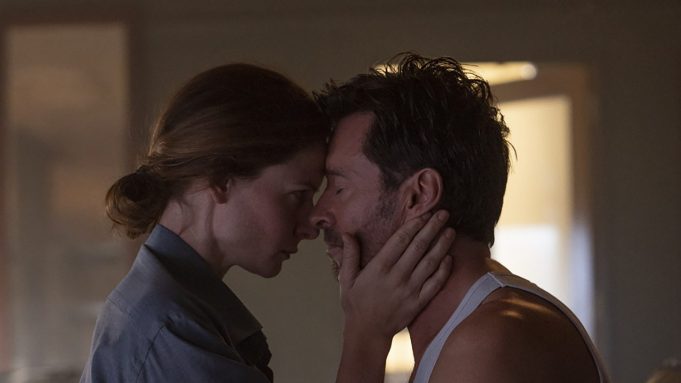 Beware! If you loathe the plodding pace and head-scratching mind-fuckery of HBO’s Westworld, chances are you’ll feel the same about Reminiscence. A creation of one of that show’s masterminds, Lisa Joy, Reminiscence always looked like it had the potential to be a clunky misfire, with uncertain promos pushing a movie they clearly didn’t quite understand. True to Joy’s nature, the film presents itself as a giant puzzle box, with memories and dreams blurring reality in a noir-ish landscape, but even with a cast that reunites The Greatest Showman duo Hugh Jackman and Rebecca Ferguson, along with Westworld star Thandie Newton, this is one memory you’ll want to scrub from the brain.

In what is basically one part Waterworld, and a complete ripoff of Strange Days, Lisa Joy’s Reminiscence stars Jackman as Nick, who utilizes a special machine known as Reminiscence so that his customers can relive their most nostalgic memories. During the day, he and his fellow ex-military vet partner Watts (Thandiwe Newton) use the device to assist the district attorney solve crimes. His world is turned upside down when Mae (Ferguson) slinks into their shop looking for her keys. Her memories unspooling before him like scenes from a sexy movie, Nick is mesmerized. Using what he saw as a guidepost, he follows her to the lounge club where she works as a singer, regaling the audience with a tune that is very dear to Nick’s heart. How did she know it? The two engage in a months-long romance, much to Watts’ annoyance, until one day Mae just up and disappears. We learn this as Nick comes swimming up to the surface of the watery Reminiscence machine, where he’s spent every waking moment looking for clues about her whereabouts.

Water plays a major role throughout Reminiscence. In this world, flood waters have drowned the land, separating the haves from the have-nots and creating a place that always seems to be a reflecting upon itself. It also comes to symbolize the ebb and flow of memories, and the loose grip that we have on them. To be fair, Joy does a good job in building this film noir-esque landscape, pulling from romanticized classic films to create a moody atmosphere. But the film has no energy, no momentum whatsoever, and never feels certain about what the Hell it’s trying to get across.

This lack of narrative clarity is made explicit through really terrible, superfluous narration by Jackman that drops info on the audience like a ton of bricks. It pops up at unusual times, too, as if the film went through a number of different edits to try and figure out which version works best.  As a result, there’s very little about Reminiscence that makes a connection, and that includes the on-screen chemistry between Jackman and Ferguson.

I fully expected that, even if Reminiscence was a mess, at least Jackman and Ferguson would be solid. But damn, that’s not the case here at all. Joy tries to shoehorn him into the classic film noir protagonist role, that of the cynical man who becomes obsessed with the film fatale who dupes him. No matter how many times Jackman emerges, soaking wet in his tanktop growling at the world, he’s no Wolverine here. Ferguson’s wispy role as Mae suits her better, but the swooning romance she shares with Jackman is too icy for us to understand his desperation to find her. Of the performances, only Newton adds some excitement as Watts, a high-functioning alcoholic badass who feels like she wandered in from a completely different, and much better, film.

Nick’s journey takes him into the Miami underworld (underwater world?), where we’re introduced to colorful criminals like St. Joe (Daniel Wu) and Cyrus Booth (Cliff Curtis), who are meant to be integral but are too thinly-drawn to matter. There’s also a pervasive illegal drug that is introduced solely as an excuse to uncomplicate certain characters’ motives, thus robbing the film of a great deal of its complexity.

The worst thing about Reminiscence is that it’s just painfully dull, and Joy seems to recognize that after a while by injecting a couple of action sequences that completely cut against the film’s style. To be fair, they are really well done fights, including a latter one, slickly edited and shot to show Nick and his opponent battling across multiple locations. As cool as this might be, it doesn’t really feel part of Reminiscence, but instead like a treat meant to appease Jackman’s fans. Otherwise, there isn’t enough here that will linger on the mind for very long.

Reminiscence opens in theaters and HBO Max on August 20th.