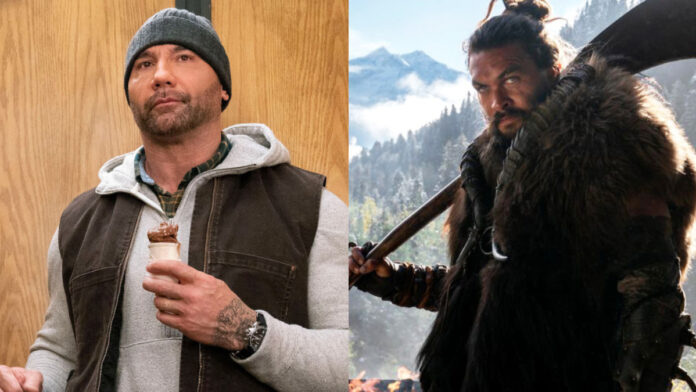 Dave Bautista has reached the point where he can basically call his own projects, and doesn’t need to lean on his Marvel work anymore. And when you’ve reached that level, one thing you might want to do is set something up with a friend. How does a buddy cop comedy with Bautista and Jason Momoa directed by the guy who did John Wick sound?

Posting on Twitter, Bautista pitched a Lethal Weapon-style action-comedy that would reteam him with Momoa, and be directed by David Leitch. Um, who could ever in their right mind turn something like that down?

Just going to throw this out into the atmosphere and see what happens. Here we go… Me and Momoa in a Lethal Weapon type buddy cop movie directed by David Leitch. Ok! There it is. Now we wait.😬

Yes please! Bautista and Momoa have worked together a couple of times recently, on the second season of Apple TV+ series See, and Denis Villeneuve’s Dune. Leitch is coming off of Hobbs & Shaw, and is currently shooting Bullet Train with Brad Pitt and Sandra Bullock.

This combo needs to happen, so let’s hope Bautista putting it out into the world gets some producer’s attention. Next up for him is Guardians of the Galaxy Vol. 3, which begins shooting in November and is his final run in the MCU.