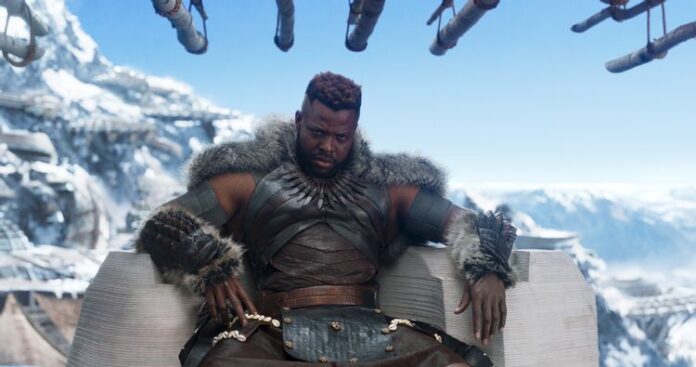 In news that should surprise nobody, Winston Duke has confirmed to Collider that he will return as M’Baku in Black Panther: Wakanda Forever. The actor didn’t go into details on what the Man-Ape will be doing, but does talk about what it was like to read the script following the tragic death of Chadwick Boseman…

“It was very emotional to read the script. It was emotional to pack to go back to set. But we’re all a bit of a family now and we grieve together, and we’re making something really special,” said Duke.

Filming is taking place now in Atlanta, and so far nothing has been spoiled about the sequel’s storyline. The big question fans have now is who will be the new Black Panther? Will it be T’Challa’s brilliant sister Shuri? Maybe a reborn Killmonger? Would anyone be surprised if maybe M’Baku honors his former enemy by taking up the mantle, even for a brief time?  I wouldn’t. With rumors that Tenoch Huerta (The Forever Purge) is playing Namor, it’s clear Wakanda will need their champion ready for the biggest fight they’ve ever faced.