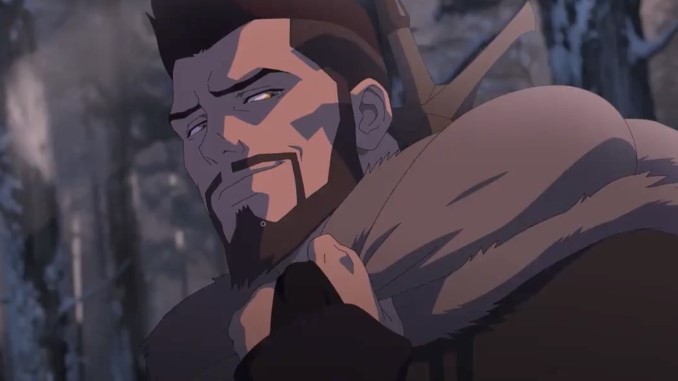 The world of The Witcher is growing, and why wouldn’t it? Netflix found itself a smash hit with the live-action series’ first season, and with the recent reveal of the second season’s trailer we also got a look at the upcoming animated prequel, The Witcher: Nightmare of the Wolf. Today brings a slightly longer teaser before the film arrives this August.

While you won’t get the brooding Geralt this time, Nightmare of the Wolf does have a young, brash witcher named Vesemir, who is all about making that coin for slaying monsters. The voice cast includes Theo James, Lara Pulver, Graham McTavish, and Mary McDonnell.

Behind the camera is Kwang Il Han, who previously directed episodes of The Boondocks. The Witcher showrunner Lauren Schmidt Hissrich is on board as exec-producer.

Add this to Netflix’s stable of Witcher projects that includes Blood Origin, a live-action prequel series.

The Witcher: Nightmare of the Wolf hits Netflix on August 23rd.

The world of The Witcher expands in this anime origin story: Before Geralt, there was his mentor Vesemir — a swashbuckling young witcher who escaped a life of poverty to slay monsters for coin. But when a strange new monster begins terrorizing a politically fraught kingdom, Vesemir finds himself on a frightening adventure that forces him to confront the demons of his past.

‘The Witcher: Nightmare Of The Wolf’ Trailer: Animated Prequel Film Follows A New Witcher With An Attitude