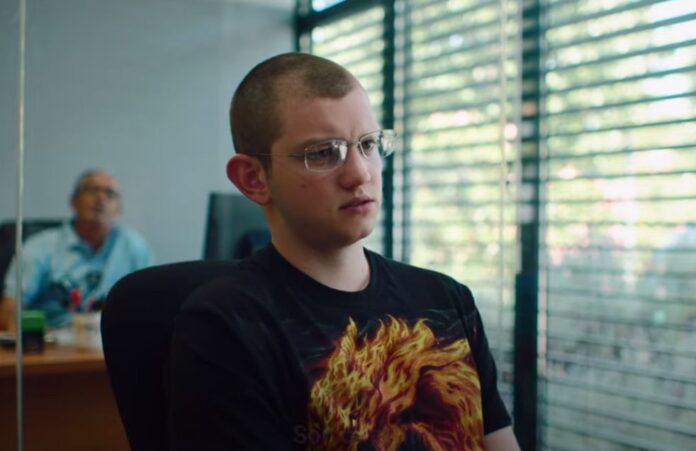 I’m totally down for the wave of werewolf movies we are starting to get. We haven’t had a truly good one since, well, I don’t even know to be honest. There had to have been one since the 80s…right? Here’s the thing about waves, not everything you get is right up the middle, some is definitely left of center. See Fido, which came out in the middle of the Zombie craze for an example. The upcoming Shudder Original,Teddy, seems geared up to fill that role for the Lycans.

Teddy, a French Language horror/comedy premiered at last years Cannes Film Festival, where it was bought up by Shudder (whose praises I can’t sing loud enough for the horror community) to be released on their ever more awesome streaming platform. The story itself is pretty generic, it’s the delivery that swings far left (not in the political sense). Here’s the official synopsis:

Teddy tells the story of a rebellious young man whose life starts to change drastically after gets scratched by an unknown beast in the woods.

Normal enough but the trailer shows us something that lies somewhere between An American Werewolf in London and Napoleon Dynamite. This is one of those films that you’re just going to have to judge for yourself. French comedy (is that an oxymoron?) has never been my thing, but it seems to be trying pretty hard. While there isn’t much of the horror aspect shown in the clip below, given the shooting style there’s some real potential for terror if it’s capitalized on.

Teddy is being released on the genre streaming specialist on August 5th, 2021 as part of Shudder’s Summer of Chills lineup which had an amazing entry a few weeks back with Son if you haven’t seen it already.