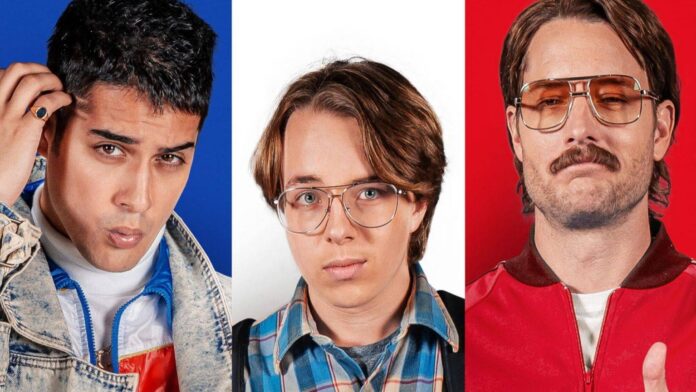 Good luck recognizing This is Us heartthrob Justin Hartley in the new trailer for The Exchange. Hartley sports an ’80s Tom Selleck ‘stache in the comedy led by Wildlife actor Ed Oxenbould and directed by Dan Mazer, a Sacha Baron Cohen confidante who has co-written both Borat films. Mazer previously directed the comedies I Give it a Year and Dirty Grandpa.

The Exchange follows “a socially awkward but highly enterprising teenager decides to acquire a “mail order best friend”; a sophisticated exchange student (Avan Jogia) from France. Instead, he ends up importing his personal nightmare, a cologne-soaked, chain-smoking, sex-obsessed youth who quickly becomes the hero of his new community.”

Harltey plays the uncomfortably serious gym teacher/lawman Gary Rothbauer, who seems to be single-handedly trying to bring aviators back in style.

Judging by the trailer, this looks closer in tone to Mazer’s writing on Dirty Grandpa than his many collaborations with Cohen, for which he earned an Oscar nomination.