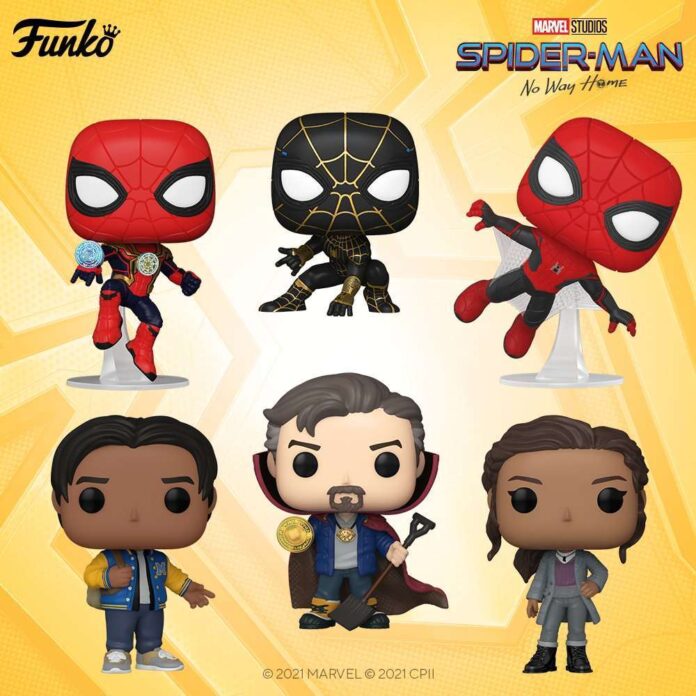 I don’t know if there’s been a Marvel movie with as much speculation and mystery around it than Spider-Man: No Way Home. A few secrets may have spilled out in the Funko’s first wave of Pop! Vinyl figures for the upcoming sequel, with some very revealing character designs.

The line of six figures includes multiple versions of Spidey, each boasting a brand new, upgraded version of his costume. The real eye-popper for me is the black and gold suit that is going to look awesome on the big screen. Most intriguing, though, is the integrated suit that seems to have magical powers just like Doctor Strange. There’s also an upgraded suit with Spidey spreading his webbing out for gliding.

Also included are figures for Doctor Strange, carrying a shovel for some reason, plus Peter Parker’s pals MJ and Ned. For those interested in something a bit bigger, a jumbo-sized black & gold Spider-Man is available at Target.

All of these are available for pre-order now. We highly recommend our friends at Entertainment Earth and Amazon for your Funko Pop! buying needs! Any commission that we earn from purchases through our affiliate links goes back into the site. We are a small group and every little bit helps. Thank you so much for all of your support!