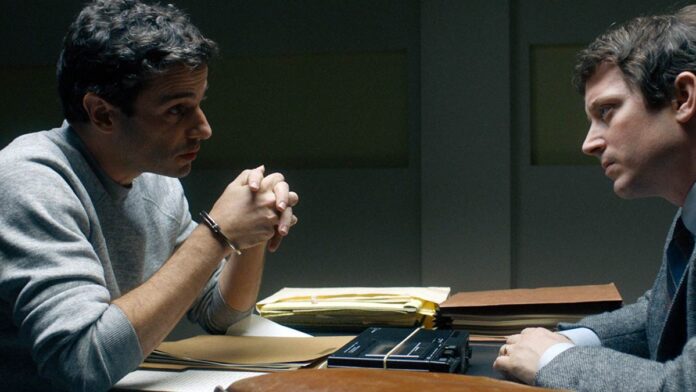 What would you say if having a conversation with a notorious serial killer? What insight could you possibly get, sitting across from Ted Bundy? The film No Man of God poses such questions, with Elijah Wood playing FBI Agent Bill Hagmaier and Luke Kirby as the infamous Bundy in the final years before his execution.

The film is directed by Amber Sealey, an actress-turned-filmmaker who earned critical acclaim in 2016 for her third feature, No Light and No Land Anywhere.

There has been a lot of attention on Bundy’s crimes lately, especially on the big screen. Kirby’s performance as the murderer comes a couple of years after Zac Efron portrayed him in Extremely Wicked, Shockingly Evil and Vile. But based on this trailer, Kirby is bringing his own distinction to the role. If you had told me Elijah Wood was starring in a movie about Ted Bundy, I would’ve assumed him to play the serial killer part. It’s good to see him as the balanced side of this act.

Also starring Robert Patrick and Aleksa Palladino, No Man of God opens in theaters and digital on August 27th.

In 1980, Ted Bundy was sentenced to death by electrocution. In the years that followed, he agreed to disclose the details of his crimes, but only to one man. NO MAN OF GOD is based on the true story of the strange and complicated relationship that developed between FBI agent Bill Hagmaier and an incarcerated Ted Bundy in the years leading to Bundy’s execution.