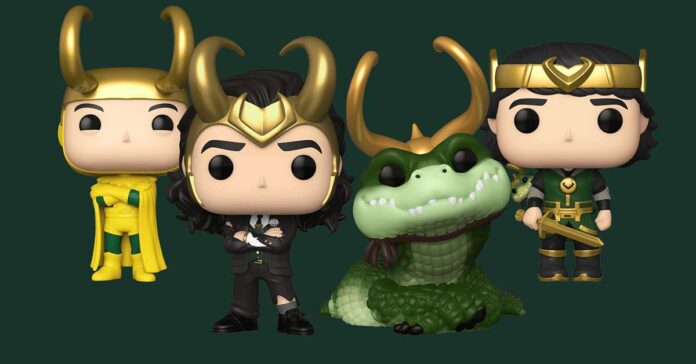 The Multiverse is truly taking over the MCU! With Loki and the upcoming What If? series showing many different versions of the characters we know and love, Funko has released some cool new Pops that are unlike any they’ve done before. If you were hoping for Gator Loki, you’ve got him.

Episode 5 Funkos for Loki include an older, classic version of the character as played by Richard E. Grant. We also get Tom Hiddleston’s President Loki, and Kid Loki as played by Jack Veal. Oh yeah, and Alligator Loki, too, which happens to be a Hot Topic exclusive. The classic Loki is a Box Lunch exclusive.

The What If? animated series features mixed-up versions of Marvel heroes, which makes for some pretty awesome Funkos. My personal favorite is the Captain Carter, which imagines if Peggy Carter took the Super-Soldier serum. There’s also the T’Challa Star-Lord, a jumbo-sized Hydra-Stomper/Iron Steve Rogers, Gamora daughter of Thanos, and Doctor Strange Supreme with an Amazon exclusive glow-in-the-dark variant.

Other exclusives include an awesome King Killmonger holding an Ultron head (!!!) which you can only get at Target, plus variants of T’Challa Star-Lord and Captain Carter. A Thor Wal-Mart exclusive is no longer available for preorder but should be soon.

Many of these are available for pre-order now. We highly recommend our friends at Entertainment Earth and Amazon for your Funko Pop! buying needs! Any commission that we earn from purchases through our affiliate links goes back into the site. We are a small group and every little bit helps. Thank you so much for all of your support!

Kate Herron Won’t Return To Direct ‘Loki’ Season Two, But Is Open To A Marvel Return