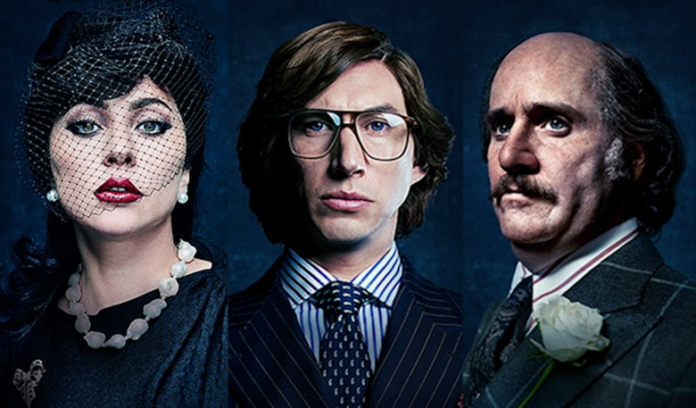 Whoa! There are transformations, and then there’s whatever happened to Jared Leto for his role as Paolo Gucci in Ridley Scott’s House of Gucci. The Oscar-winning actor routinely undergoes a radical reconstruction for his most prominent roles, think the Joker in Suicide Squad or Rayon in Dallas Buyers Club, and once again his look has social media buzzing.

But the images we got today aren’t just of Leto. We also get a new look at Lady Gaga as Patrizia Reggiani and Adam Driver as Maurizio Gucci, along with Al Pacino as Aldo Gucci and Jeremy Irons as Rodolfo Gucci. A photo released some weeks back had shown Gaga and Driver rockin’ stylish winter gear.

The film is based on the book The House of Gucci: A Sensational Story of Murder, Madness, Glamour, and Greed, centering on the 1995 murder of Maurizio Gucci, orchestrated by his ex-wife Patrizia Reggiani. It is the second major film to be released by Ridley Scott this year. The Last Duel hits theaters on October 15th, while House of Gucci arrives a month later on November 24th.