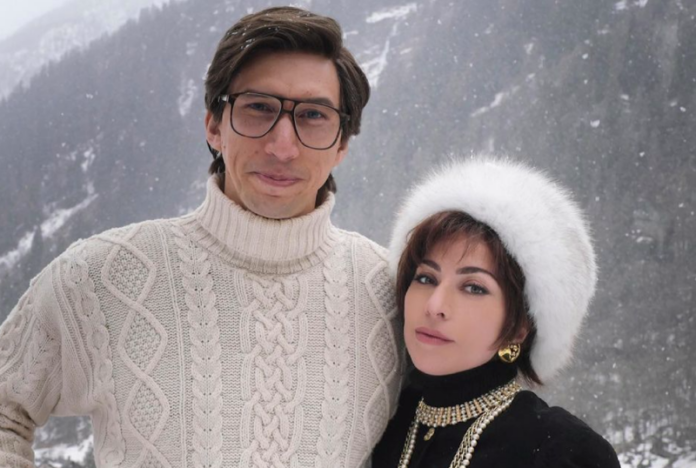 It’s going to be a busy year for Ridley Scott, as he has two anticipated, star-studded films coming up in 2021, both featuring Adam Driver in leading roles. One is the historical epic The Last Duel, which also stars pals Ben Affleck and Matt Damon. The other is House of Gucci, which star Lady Gaga has just dropped the first image from, featuring her and Driver looking appropriately stylish against a snowy backdrop.

The image shows Gaga and Driver as Patrizia Reggiani and Maurizio Gucci, respectively. The story centers on Reggiani as she orchestrates the assassination of her ex-husband and head of the Gucci fashion house. Also in the ensemble are Al Pacino as Aldo Gucci, Jared Leto as Paolo Gucci, Jeremy Irons as Rodolfo Gucci, Camille Cottin as Paola Franchi, along with Jack Huston and Reeve Carney.