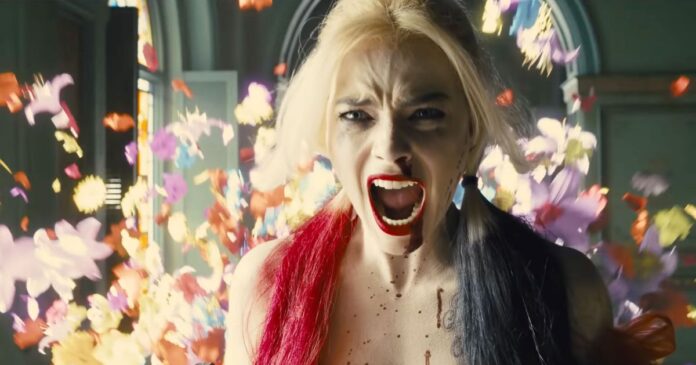 Birds of Prey might not have been the gigantic hit Warner Bros. hoped for, but it certainly didn’t diminish the popularity of Harley Quinn. The character has her own mature animated series, and Margot Robbie is set to reprise the role in James Gunn’s The Suicide Squad. But what happens to her on the big screen after that remains a real question.

Speaking with Total Film, Robbie, who was a producer on Birds of Prey and has helped develop the character’s DCEU presence, talked about Harley Quinn being better in team scenarios rather than solo…

“Something I noticed about Harley from the start is she’s always going to have more fun when she’s in a group dynamic,” Robbie said. “I’ve always said putting Harley on her own would be like putting a kid on a playground on their own. It’s never going to be as fun as when it’s populated with other kids to play with. [When she’s] in a group, you’re always going to see the most come out of her personality because she’s got people to play with and pick apart or fall in love with or backstab or whatever. She’s always decided how she feels about the people around her and then acts accordingly, which is always unpredictable.”

I think Robbie’s right about that, because the fun thing about Harley is watching other characters react to the nutty shit she does. Does that mean we’ll see her in The Suicide Squad 3, assuming one were to happen? I think any plans for a Harley Quinn/Joker movie are long since dead. The same goes for the Gotham City Sirens project that David Ayer was attached to.

The Suicide Squad opens in theaters and HBO Max on August 6th.