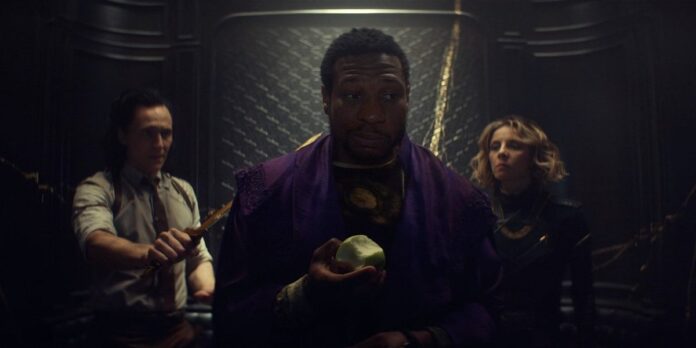 If you haven’t seen the season finale of Loki and have somehow avoided SPOILERS, turn back now!

Some hefty changes are coming to the MCU, and we have last week’s Loki finale to thank for it. The episode not only confirmed the series would return for a second season, it set into motion all of the multiverse craziness we’re going to be seeing in Doctor Strange in the Multiverse of Madness, Spider-Man: No Way Home, and most notable for this story, Ant-Man and the Wasp: Quantumania.

Loki gave fans their first taste of Jonathan Majors as Kang the Conqueror, who is revealed to be He Who Remains and the one behind the TVA. When Loki and Sylie confront him, they destroy the Sacred Timeline and unleash the multiverse, which also means many variants of Kang are out there to cause trouble.

We know the character will be showing up in Ant-Man and the Wasp: Quantumania; in fact, that was where we first learned about Majors’ casting. But it turns out, Majors was cast for Loki at the same time, with director Kate Herron and Ant-Man‘s Peyton Reed working together on it. Herron told THR…

“Casting was a very surreal experience. When I joined the project, we always knew that Loki and Sylvie were going to go to He Who Remains, and the Multiverse would be released. So I already knew when I got the job that it was going to be a massive undertaking to do that and a big responsibility for Marvel to get it right. And Jonathan Majors is an actor that we were all just blown away by; I think everyone who knows his work is blown away by him. And when I knew we had Jonathan, he and I were solely focused on He Who Remains and this version of the character, this variant.”

“[The ‘Quantumania’ casting] happened at the same time. So basically, [‘Ant-Man’ director] Peyton [Reed] and I were in that discussion with Kevin Feige and the team at Marvel. We knew he was gonna be in [‘Quantumania’], and we knew that a version of him was going to be in [‘Loki’].”

Herron has already said she won’t be returning for Loki‘s second season. While she’ll be away working on other projects, don’t be shocked if she does come back to the MCU, and given that she was involved in Majors’ casting it might be with another Kang. Perhaps a Secret Wars sort of thing?