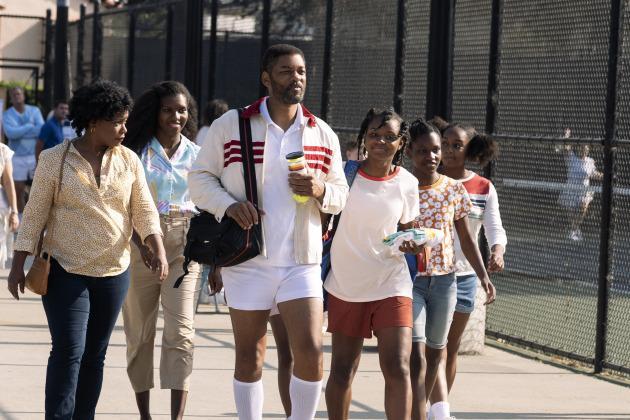 It’s probably a coincidence that on the day review of The Suicide Squad drop, we get the first trailer for the film Will Smith basically turned it down to make. That would be King Richard, in which he stars as Richard Williams, father to tennis champions Venus and Serena Williams.

The second of two films this year from director Reinaldo Marcus Green (the other being Joe Bell), King Richard centers on the father to two of the most extraordinarily gifted athletes of our generation. While he took a lot of scrutiny for his unconventional training methods, Richard never faltered in his belief that his daughter would someday be great.

Joining Smith in the cast are Saniyya Sidney and Demi Singleton as Venus and Serena respectively, Aunjanue Ellis as their mother Oracene “Brandi” Williams, plus Jon Bernthal, Tony Goldwyn, and Dylan McDermott.

‘Bright’ Sequel Canceled By Netflix As Will Smith Fallout Continues