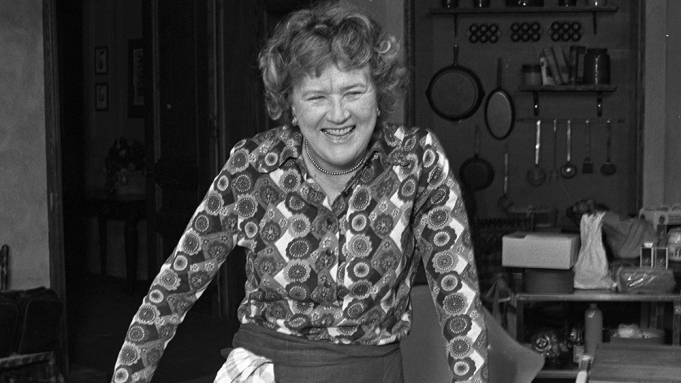 If you were like me, a kid who loved food who grew up to be an adult who loves food way too much, Julia Child probably helped foster that love. When Chopped chef Marcus Samuelsson says in the new trailer for Julia that she was the first “rock star” chef, it’s not hyperbole. She was an author, a television icon, and the most famous person to bring French cooking to American audiences, and now her life and career is being celebrated in a new documentary.

Betsy West and Julie Cohen, the filmmakers behind the Ruth Bader Ginsburg doc RBG, are back chronicling another powerful, trailblazing woman. Julia follows the  “delicious life of America’s first food icon,” and inspiration to generations of foodies everywhere.

Julia Child’s life has been brought to the big screen before in Julie & Julia, a film by Nora Ephron that earned Meryl Streep an Oscar nomination.

Julia is produced by Ron Howard and Brian Grazer, and will open this fall probably during the awards season.

JULIA tells the story of the legendary cookbook author and television superstar who changed the way Americans think about food, television, and even about women. Using never-before-seen archival footage, personal photos, first-person narratives, and cutting-edge, mouth-watering food cinematography, the film traces Julia Child’s surprising path, from her struggles to create and publish the revolutionary Mastering the Art of French Cooking (1961) which has sold more than 2.5 million copies to date, to her empowering story of a woman who found fame in her 50s, and her calling as an unlikely television sensation.