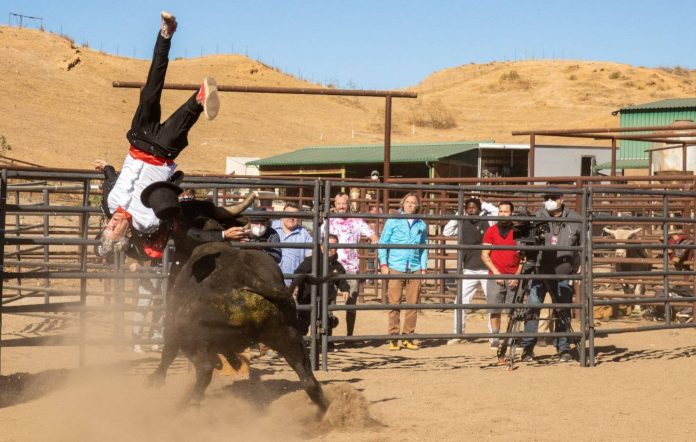 What is that they say? People love to watch a trainwreck. The Jackass tv series and the box office smash films are evidence of that. The most recent, 2010’s Jackass 3D made $171M worldwide which ain’t bad considering it was just a bunch of dufuses crashing into things and crapping on themselves. But after so much time away do people still want to watch these now-old men hurt one another again in Jackass Forever? I don’t know the answer to that question, but I definitely do.

Johnny Knoxville, Jason “Wee Man” Acuña, Preston Lacy, Chris Pontius, Steve-O, Ehren McGhehey, and Dave England return for more brutally funny hijinks. But how funny will it be given all that has happened since? Ryan Dunn was killed in a car crash back in 2011, while his best friend Bam Margera spiraled into alcoholism and was fired after being deemed a liability.

All of that said, it’s genuinely great to see these guys back together again. Through all of the chaos, the friendship between them has always come through. You can’t do these sorts of things with anybody other than people you are extremely cool with.

Jackass Forever hits theaters on October 22nd and will follow on Paramount+ 45 days after.

Celebrating the joy of being back together with your best friends and a perfectly executed shot to the dingdong, the original jackass crew return for another round of hilarious, wildly absurd, and often dangerous displays of comedy with a little help from some exciting new cast. Johnny and the team push the envelope even further on October 22 in jackass forever.

‘Above Suspicion’ Trailer: Emilia Clarke And Jack Huston Cause Scandal In A Small Kentucky Town