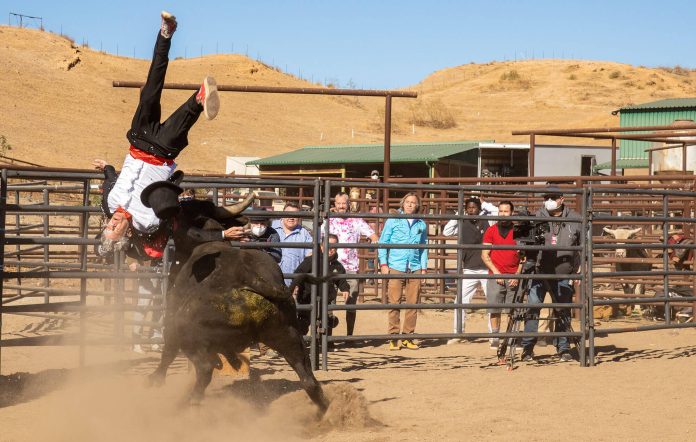 Who would have thought that this year’s Jackass Forever would be such a hit. The fourth film in the franchise made over $80 million at the box office worldwide, a sign audiences were ready to comeback to theaters after COVID.

Even though it has already come out on Blu-ray, Netflix announced this week that a new version of the film will drop on the streaming service May 20.

Titled Jackass 4.5, this extended cut will include unseen hilarious pranks and stunts. This includes the ‘Swingset Gauntlet’, which can only be described as a conveyor belt conveniently located directly in front, so the swinger can hit their find in a funny costume as they ride by.

Get ready for more stunts and stupidity with Jackass 4.5, an all-new feature film featuring the whole crew! Here’s a small taste of what you can expect when it premieres May 20 on Netflix…

This is the Swingset Gauntlet! pic.twitter.com/IdJDl10mnk

Despite the love Jackass Forever has received in recent months, Jackass 4.5 might be the only thing we get from the franchise for a while. Until it comes out on Netflix though, you can watch the current version of the fourth film on Paramount Plus.