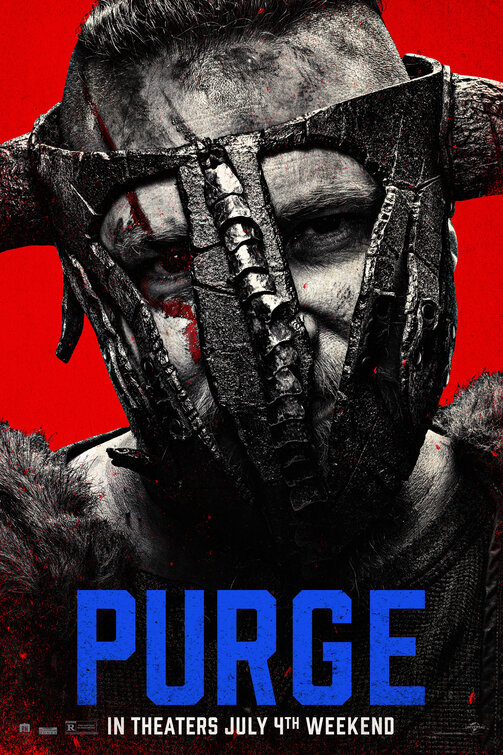 We’re happy to offer our readers the chance to experience The Forever Purge in theaters! The fifth and final film in Blumhouse’s thriller franchise breaks all of the rules, as one night of violence per year simply isn’t enough anymore.

SYNOPSIS: Adela (Ana de la Reguera, Cowboys & Aliens) and her husband Juan (Tenoch Huerta, Days of Grace) live in Texas, where Juan is working as a ranch hand for the wealthy Tucker family. Juan impresses the Tucker patriarch, Caleb (Will Patton, Halloween), but that fuels the jealous anger of Caleb’s son, Dylan (Josh Lucas, Ford v Ferrari). On the morning after The Purge, a masked gang of killers attacks the Tucker family—including Dylan’s wife (Cassidy Freeman, HBO’s The Righteous Gemstones), and his sister (Leven Rambin, The Hunger Games), forcing both families to band together and fight back as the country spirals into chaos and the United States begins to disintegrate around them.

We’re offering 20 of our readers Admit-Two Fandango vouchers to see The Forever Purge in theaters! If you’d like a chance to win, simply complete the Rafflepress contest below. Winners will be selected tomorrow, July 2nd, and notified by email. Good luck!