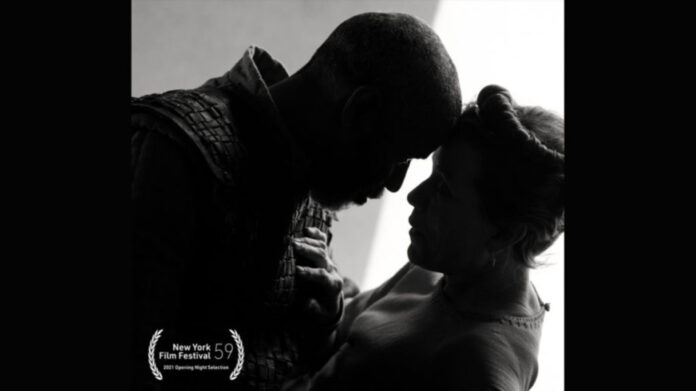 One of the most eagerly awaited films that are expected to be a factor this awards season is The Tragedy of Macbeth. What makes this so special when we’ve seen many Macbeth films already? Well, this one features the solo directing debut of Joel Coen, working for the first time with his brother Ethan. Not only that, but it stars Denzel Washington and Frances McDormand. How many Oscars do they have between them? If it’s too many to remember, you know it’s a lot.

The film will have its world premiere at NYFF this fall, and today brings the first official look.  Described as a “boldly inventive visualization” of the classic Macbeth story, it’s an ambitious co-production between A24 and Apple.

Coen not only directed but wrote the script, obviously adapted from the great William Shakespeare.

The Tragedy of Macbeth will kick off the New York Film Festival on September 24th.

Ethan Coen Is Going Solo, Too, With An Untitled Road Movie