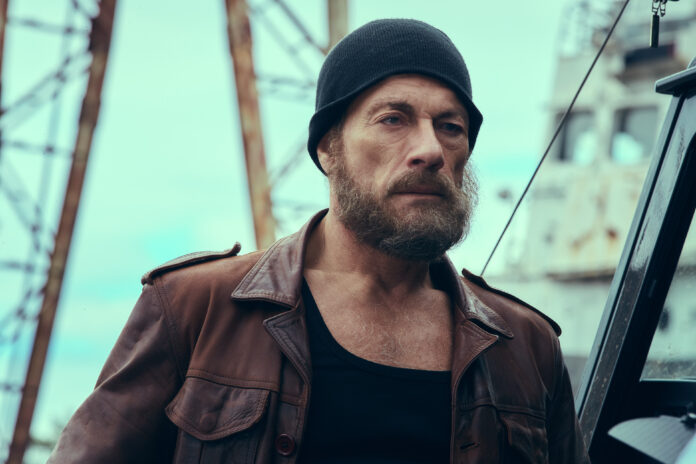 If you know me and follow my Reel Action series of videos, you know I’m a total geek for Jean-Claude Van Damme. And so it was a thrill to see him as part of Comic-Con @ Home, promoting his upcoming Netflix film The Last Mercenary! Joined by director David Charhon, not to mention his pet pup, JCVD revealed a new clip from the action flick which shows he hasn’t lost a step after all of these years.

The scene actually begins with a classic JCVD throwback as his character, a mysterious secret service agent, does the splits to get the drop on his foes from above. That exact trick was pulled, shot in virtually the same way, in JCVD’s classic Cyborg! I can’t wait for this. Here’s the synopsis:

A mysterious former secret service agent must urgently return to France when his estranged son is falsely accused of arms and drug trafficking by the government, following a blunder by an overzealous bureaucrat and a mafia operation.

The Last Mercenary hits Netflix on July 30th so we don’t even have to wait long for it.