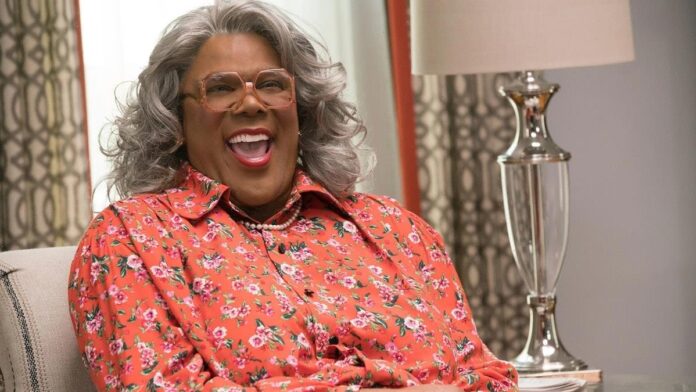 Shocker of shocker: Tyler Perry just couldn’t let Madea stay dead. Only a couple of years after he put the Doubtfire-esque character to bed with 2019’s A Madea Family Funeral, Perry has resurrected her for his upcoming Netflix film, A Madea Homecoming.

I mean, it makes sense. Perry obviously wants his new deal with Netflix to be a smash, and what better way than bringing back Madea who has earned more than $1B billion dollars at the global box office.

As for plot details for A Madea Homecoming, there aren’t any yet. Perry will star, write, direct, and produce the film, his second for Netflix following last year’s A Fall from Grace which was seen in 39M households according to Deadline.

‘Those Who Wish Me Dead’ Trailer: Angelina Jolie Fights Assassins And A Deadly Wildfire In Taylor Sheridan’s Latest

‘A Fall From Grace’ Trailer: Tyler Perry Makes His Netflix Debut With A New Thriller

Jon Bernthal, Nicholas Hoult, And More Cast In Taylor Sheridan’s ‘Those Who Wish Me Dead’