Home TV Apple TV+ Apple TV+ Lays It All On The Table With Their Official Preview...
Facebook
Twitter 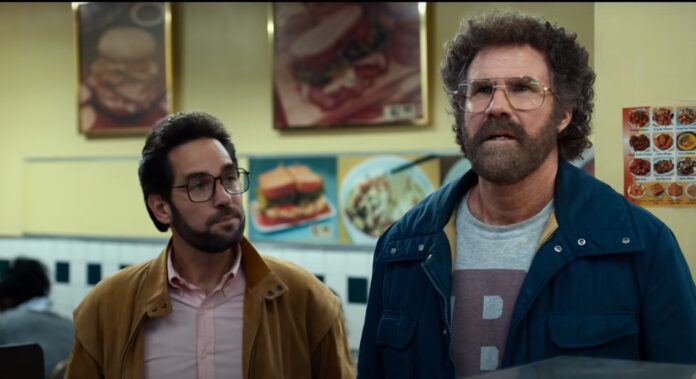 Apple TV+ has been in a weird place since it’s inception. Teetering on greatness, but with nothing that REALLY popped. Original films and series have dropped and all have been at a high level of quality from Tom Hank’s Greyhound to the alt-history space race in For All Mankind but, to date, they haven’t found their Stranger Things. It seems like maybe they’re tired of sitting in fourth place, something that hasn’t been normal to Apple since the 90s. Apple TV+ released a preview of their slate via their official YouTube channel today and, from what I can tell, every single notable person in Hollywood is working for Apple.

I’m exaggerating obviously, but the stable of talent on display here is impressive. I have to wonder, with amazing series like Ted Lasso if the problem isn’t content but accessibility. Apple’s proprietary stance on, well everything, keeps them off of the ‘Featured’ lists of devices like Roku and FireTV. That’s a story for another time. Tonight, it’s about how amazing some of these shows look.

The major thing that caught my eye was Jason Mamoa’s See which I remember being intrigued by when it premiered but never heard about it again, so it fell off my map. There’s a 3 second clip in there of Mamoa in samurai armor preparing to fight in battle, that’s enough to sell me. Pictured above is the upcoming Paul Rudd/Will Ferrell Series The Shrink Next Door, which also includes Hollywood’s favorite witch, Kathryn Hahn…seriously, how can that NOT be great? Then there’s Foundation an epic sci-fi drama about humanities existence scattered across the galaxy living under the rule of a galactic empire. Not only are the shots we get here about as gorgeous as they come, but it’s lead by Jared Harris and Lee Pace. Amazing.

I could literally fill 10 pages talking about all the awesome packed into this three minute video, but see for yourself and then let us know in the comments whether this video has you re-thinking adding another app to your streaming library. It’s worth it just for the shots of Rose Byrne going full Olivia Newton-John!