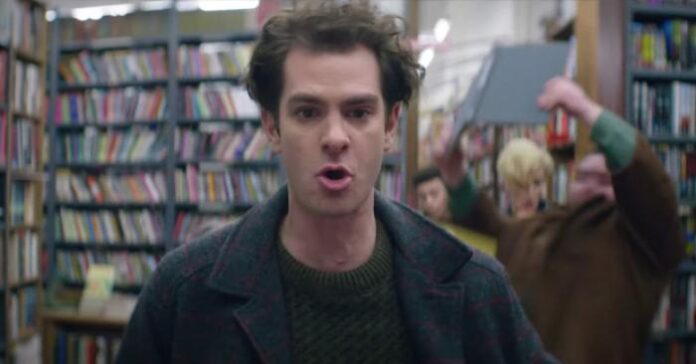 There’s no such thing as coincidence, especially in Hollywood. While an adaptation of Lin-Manuel Miranda’s In the Heights is set to burn up theaters this week, the first trailer for his feature directing debut just so happens to arrive. Tick, tick…BOOM! is based on the semi-autobiographical musical by Jonathan Larson, whose name will be very familiar to fans of his most beloved work, Rent. Not only do we get a taste of Miranda’s skills behind the camera, but we also get a listen at Andrew Garfield singing his heart out. Y’know what? He ain’t bad.

Garfield belts out some notes as Jon, an aspiring theatre composer who sees the clock to achieving his Broadway dreams winding down. As he approaches the age of 30, Jon begins to grapple with the idea that he may have chosen the wrong career.

Tick, tick…BOOM! is expected to hit Netflix this fall.