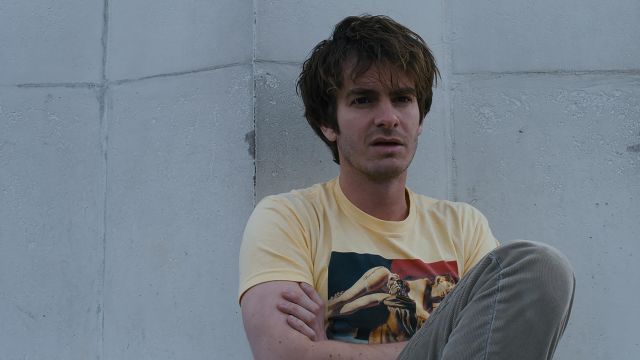 Ever since creating a cultural sensation with his Broadway hit, Hamilton, Lin-Manuel Miranda has been slowly gaining a foothold on the big and small screen, as well. From roles in Mary Poppins Returns and HBO’s His Dark Materials, as well as drafting new music for Disney’s Moana, Miranda is a force and it has always felt inevitable that he’d transition to directing. Well, it’s about to happen on an adaptation of off-Broadway musical tick, tick…Boom!, and he’s already got a big name set to star.

Deadline reports Miranda will head to Netflix for his directorial debut, tick, tick…Boom!, with Andrew Garfield set for the lead role. The film is based on the musical by Rent author Jonathan Larson, and tells the autobiographical tale of a composer living in Soho who worries about growing older and his lack of career achievement.  Adapting the script is writer Steven Levenson, the Dear Evan Hansen author who also penned the recent Fosse/Verdon series for FX which Miranda was a producer on.

We haven’t seen a ton out of Garfield since Sony gave up on him as Spider-Man. He most recently starred in the offbeat mystery Under the Silver Lake, and led a couple of handful of great dramas in Breathe, Hacksaw Ridge, and Martin Scorsese’s Silence. He has a very significant film coming up, though, playing televangelist Jim Bakker opposite Jessica Chastain in The Eyes of Tammy Faye.

Next up for Miranda is an adaptation of his Broadway play In the Heights, which he’ll be producing for director Jon M. Chu.