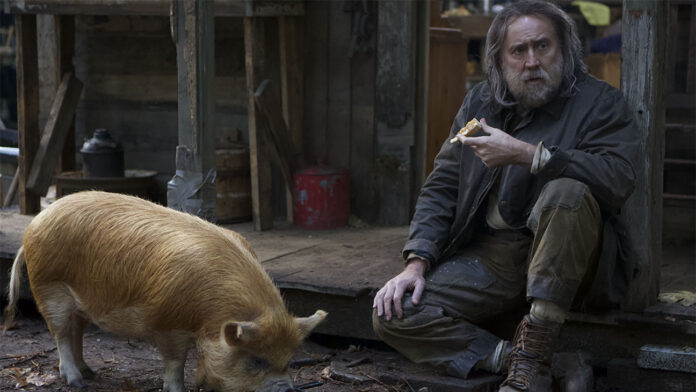 The weirder Nicolas Cage’s roles have gotten, the greater his fans seem to love him. He’s been on a bizarre role with films such as Mandy, Jiu Jitsu, and Willy’s Wonderland, lighting up midnight screenings far and wide. And now another gem is on the horizon with Pig, which stars Cage as a truffle hunter.

Contrary to Cage’s last few films, Pig seems to be registering on a lower key. While it’s been described as a John Wick-style revenge movie, the trailer doesn’t look violent on that kind of level. The story, penned by director Michael Sarnoski, centers on a mushroom forager who must confront his past when his beloved foraging pig is kidnapped.

So yeah, it’s definitely strange but not wildly over-the-top…at least it doesn’t seem that way. We could be in for a surprise.

‘Dream Scenario’: Nicolas Cage And Ari Aster Team For New Comedy At A24