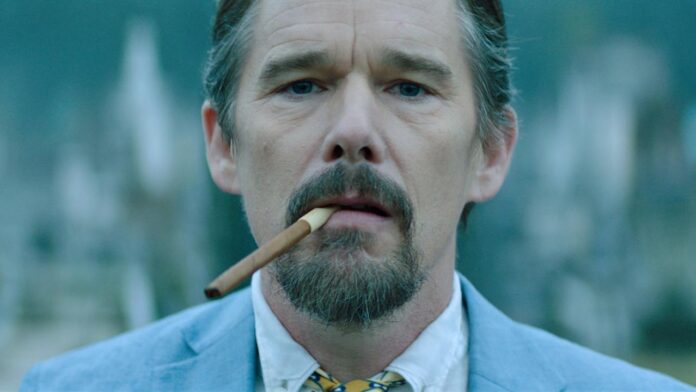 Even as production has begun on Knives Out 2, as confirmed by Rian Johnson himself yesterday, the stellar cast continues to grow. While prior announcements have come via the trades, the reveal of Ethan Hawke and Jada Pinkett Smith’s addition comes from set photos captured by Daily Mail.

Hawke is spotted on the set of Knives Out 2 which is filming in Greece. Hawke is seen looking suave in a white suit alongside co-stars Dave Bautista and Kate Hudson. I guess they must’ve been thirsty because Hawke is sporting a water pistol. Pinkett Smith is sporting a multi-colored gown as she’s being transported around the set. 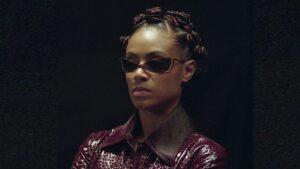 Timing on this is interesting, though. Hawke is playing a villain role in Marvel’s Moon Knight series which is shooting now in Budapest. Maybe his part isn’t so big? Pinkett Smith recently wrapped filming on The Matrix 4 where she returns as Niobe.