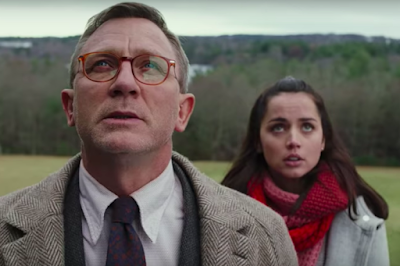 Detective Benoit Blanc is back on the case! This time he’s got a mystery to solve in a much nicer location than Massachusetts.

A tweet by Rian Johnson has confirmed the start of production on Knives Out 2, with shooting to take place in Greece.

Aaaaaaaand WE’RE OFF! Day one of filming on the next Benoit Blanc mystery. Thanks to all the lovely patient people here in Greece for letting us do all this murdering on their peaceful shores. pic.twitter.com/SUFptCpl3G

For a while, it was a new casting announcement just about every day. As far as we know, Daniel Craig is the only one returning from the previous film, an unexpected smash that earned over $300M worldwide.  Playing the list of suspects is an entirely new cast that includes Dave Bautista, Edward Norton, Janelle Monáe, Kathryn Hahn, Leslie Odom Jr., Kate Hudson, Madelyn Cline, and Jessica Henwick.

Knives Out 2 is the first of two sequel purchased by Netflix for a whopping $450M. They’ve yet to officially set a date for either.