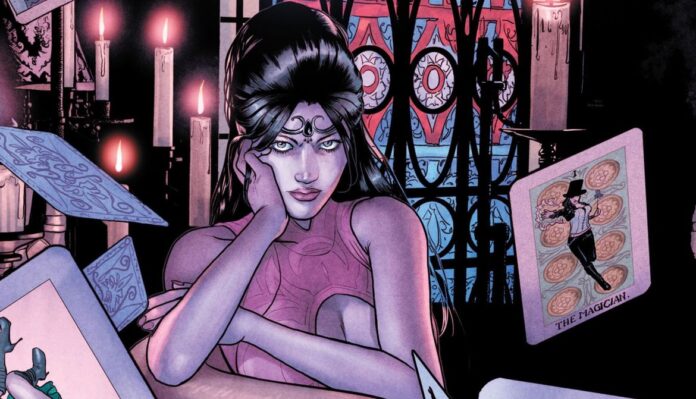 As part of JJ Abrams’ and Bad Robot’s deal with Warner Bros. TV we knew that a Justice League Dark series for HBO Max was in the works, and that it would lead to other DC Comics projects. While a Constantine reboot is said to be in development, another that we’re now learning about has to do with another member of the paranormal team of heroes: Madame Xanadu.

THR reports Abrams and writer/director Angela Robinson (Professor Marston and the Wonder Women) are teaming up for Madame X. Robinson will write and exec-produce the series about Madame Xanadu, a powerful sorceress introduced in the pages of DC Comics in 1978. She went on to join the Justice League Dark team battling supernatural threats, and serves as an adviser to the Spectre. Xanadau made her live-action debut on the short-lived Swamp Thing series played by Jeryl Prescott.

Madame X will be connected to the larger Justice League Dark plans that Bad Robot is developing for HBO Max. Don’t be surprised if the actress who lands the role appears across multiple projects. Bad Robot also has a spinoff of Matt Reeves’ The Batman in the works, and a Superman movie with a Black lead character.

‘The Hunger’ Remake Of Cult Classic Vampire Romance In The Works From ‘D.E.B.S.’ Director Angela Robinson