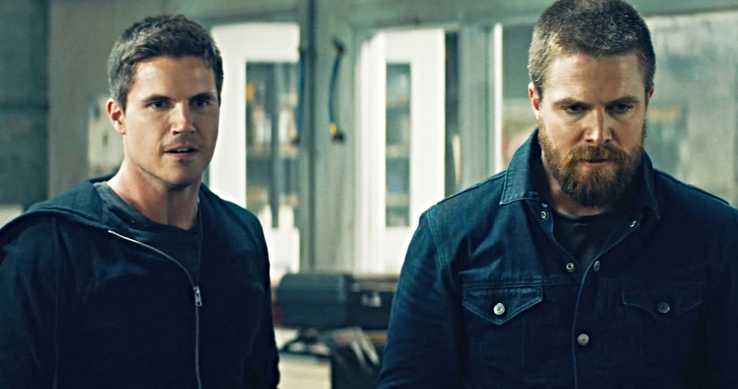 We’re coming down to the wire on Stephen Amell’s time on CW’s Arrow, and while wrestling fans may hope he jumps into the squared circle full-time as part of All Elite Wrestling, chances are he’ll spend more time making movies like Code 8. The independently-financed flick finds Stephen and his cousin Robbie Amell (who played Firestorm on The Flash) staying in a dark and moody world of superhumans.

An expansion of Jeff Chan’s short film which also starred the Amells, Code 8 takes place in a futuristic society where a small percentage of the population are gifted with superhuman abilities. These people don’t turn out to become rich and famous superheroes; most end up in poverty and ostracized from the rest of civilization.  Robbie plays Conner Reed, a young man who uses his powers in a heist led by Garrett (Stephen Amell) that goes terribly wrong, leading to his being pursued by a specialized task force.